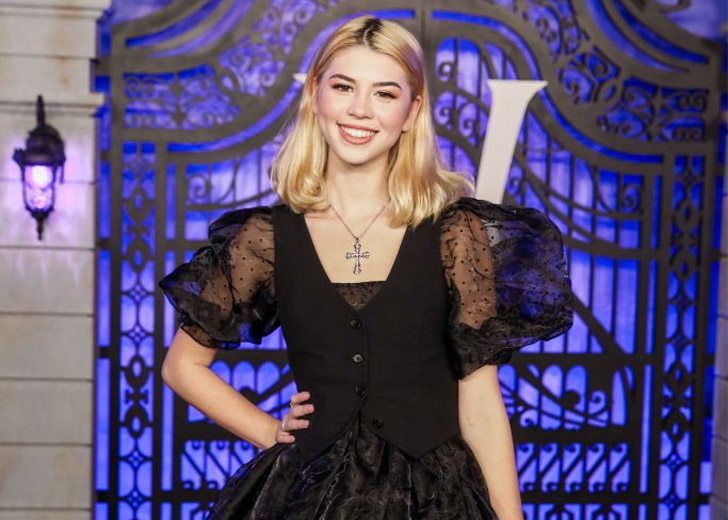 Callie Haverda is a popularly known actress who played her roles in shows such as The Lost Husband (2020), Shut Eye (2016), and The Adventure of Pepper and Paula (2015).

She gained fame after joining the cast of Netflix’s upcoming sitcom That ’90s Show, which will premiere on January 19, 2023. The show is the spin-off of That ’70s Show.

It is reported that Haverda is dating someone, but she hasn’t made her relationship public, so nobody knows whether she’s dating or not.

On social media sites, particularly Instagram, she was well known for posting pictures and videos of her daily life.

She likes to keep her personal life very private as she is very young and cannot handle rumors.

Haverda was born on February 22, 2007, and was originally born and raised in Austin, Texas. However, she is currently living in Burbank, California.

According to the Texas Lifestyle magazine, where she gave an interview, saying she was only six years old when she began her acting career.

She stated, “I actually wasn’t allowed to act until I was old enough to decide for myself this was what I wanted to do.”

She also added that she fell in love with the whole experience after working for the first time and realized she couldn’t stop.

Haverda was known for learning through the Paradigm talent and Schuller talent and was also popular in the LA talent agency.

She loves to write poems and short stories on her old typewriter.

How Callie Haverda started her career

Young Mary was Haverda’s first acting role, which she played in the 2010 short film Paper Memories.

Fast forward to 2020, she played portrayed the important part of Abby Morgan in the Netflix film The Lost Husband.

Besides, to play Leia Forman, Haverda was chosen for the part alongside Kurtwood Smith and Debra Jo Rupp in the episodes of That ’90s Show.

As a young model working on numerous projects, she has accumulated a variety of projects within a short period of time. She has created a variety of commercial advertising for many renowned different brands.

The actress has been in over 20 ads, and along the way, she has had the opportunity to work with several well-known companies, such as Hyundai, Kentucky Fried Chicken, Shutterfly, and so on.

She played many emotional roles, and she nailed them with her beautiful acting. Her upcoming movies are Forgiven and Hug It Out, which will be released in 2023.

Everything About Billi Mucklow And Her Husband Andy Carroll