"Acting was what I always wanted to do," Cody Fern on his decision to pursue acting. 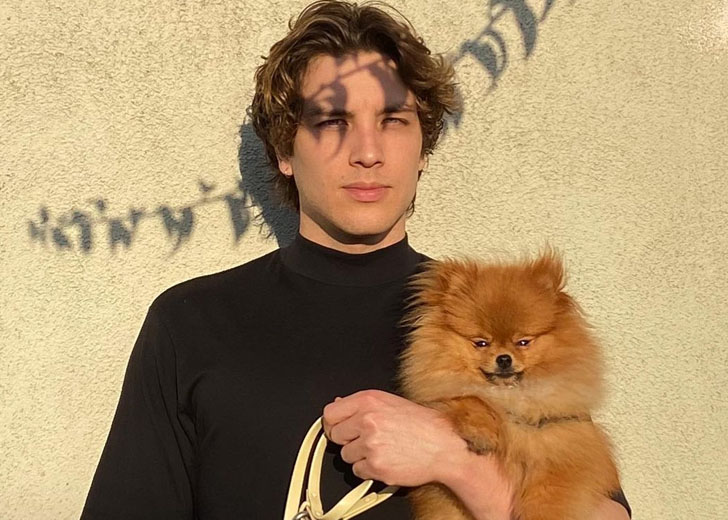 Cody Fern is a talented Australian actor who has made his mark in the entertainment industry in a short period. He made his feature film debut in 2017 as Jim in The Tribes of Palos Verdes.

The next year, he appeared as David Madson in The Assassination of Gianni Versace: American Crime Story. In the same year, he started portraying the role of Michael Langdon in American Horror Story: Apocalypse.

Since then, he has never looked back and worked harder to cement his foot in the industry. As for now, he is set to appear in the role of a Priest in the movie Father Stu – releasing on April 15, 2022.

How old is Cody Fern?

The vegan actor is presently 33 years of age. He celebrates his birthday every year on July 6. His zodiac sign is Cancer.

Born in 1988, Fern was raised in Southern Cross, Western Australia. He holds Australian nationality. Additionally, some reports suggest he has a mixed ethnicity, whereas some say his ethnicity is White.

As for his education, he initially studied at a boarding school named Merredin Senior High School. Later on, he enrolled at the Curtin University of Technology. In 2009, he graduated with an Honours Degree in Commerce.

Cody Fern is private about his family

Fern was raised by his family in a tight-knit community in the countryside of Southern Cross. Later on, he had to leave his family in Australia and move to Los Angeles to pursue a career in acting.

And though he has become a public figure now, he remains very discrete about his family life and upbringing in Australia. He prefers to keep privacy, like many celebrities, and hasn’t shared much about his parents.

Due to that, there is little to no information about his father and mother. Furthermore, it remains unknown if he is the only child of his parents or has any siblings.

How tall is Cody Fern?

As seen in his photographs, The Great Darkened Days actor is firmly tall. His IMDb profile mentions that he stands at a towering height of 5 feet 10½ inches (1.79 meters).

Additionally, he has an athletic build body and reportedly weighs around 78 kg (172 lbs). His shoe size is 10 (US), his chest size is 40 inches, and his waist size is 31 inches. Furthermore, he has dark brown hair and blue eyes.

Fern has been speculated as gay since he gained the limelight as a Hollywood actor. However, he seems unbothered by these rumors and is yet to comment on the topic.

The talks about his sexuality started with the actor’s dressing choice. If reports are to be believed, the actor isn’t the type of person that believes in gender-specific clothing. He could be seen wearing unique outfits at several red carpet events.

Another catalyst in these speculations came in March 2019 when GQ Style Magazine named Fern “Hollywood’s Genderf**k Rebel.” This title was due to the result of the actor’s expressive fashion sense.

Additionally, while all the gay rumors were going around, another talk about his personal life started — that he was in a romantic relationship with social media guru Eric Smith. This addition further fueled the rumors of Fern not being straight.

However, with all the talks going around, it is yet to be confirmed that Fern is gay. Similarly, it isn’t confirmed if Smith is his boyfriend. And without any confirmation, the gossips remain as it is – just gossip.

Cody Fern previously pursued a career in the finance world

Before he became a Hollywood star, Fern was all set to pursue a career in the finance world. After he graduated from the Curtin University of Technology, he started to follow a career path in financing.

However, deep inside him, there was always a love for acting which blossomed at the age of 13 after watching the performances of Meryl Streep and Cate Blanchett in Sophie’s Choice and Elizabeth: The Golden Age, respectively.

That love for acting once again got touched upon by rewatching Elizabeth: The Golden Age. in an interview with Anthem Magazine, he said, “It was a real moment of awakening. Acting was what I always wanted to do. If you’re gonna do it, you’ve got one chance to go off and do it right now. And I did. I walked out at lunch and I just never went back.”

He started with theatre productions, including the National Theatre of Great Britain’s production of War Horse, in which he played Albert. His ticket to Hollywood got booked in 2014 when he received the annual Heath Ledger Scholarship by Australians in Film.

Following that, he began to follow his dream. And while he struggled initially, he ultimately cemented his place. Some of his works in movies include The Tribes of Palos Verdes, Pisces, and The Great Darkened Days.