All about 'Fate: The Winx Saga' actor Danny Griffin. 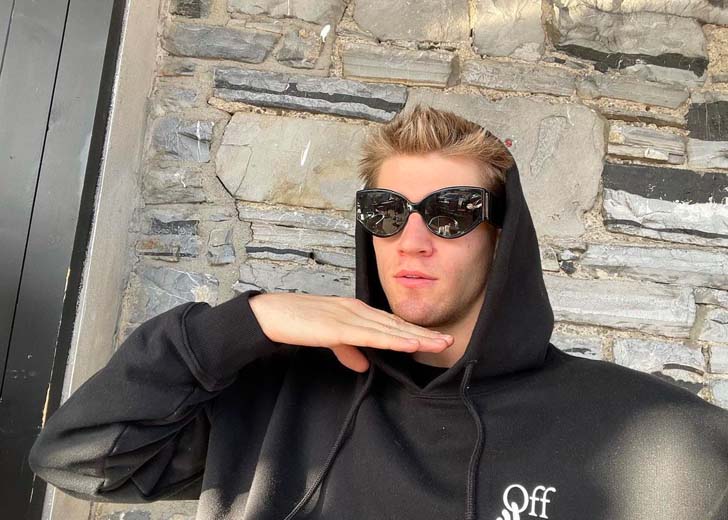 Daniel Patrick Griffin, recognized as Danny Griffin, is best known for his role as Sky in Fate: The Winx Saga.

Griffin is an English actor as well as a model. He has starred in many series like Free Rein, So Awkward, and Get Even.

Griffin was born in Kensington and Chelsea, London, but spent much of his childhood in Cornwall with his parents and four sisters.

The Fate: The Winx Saga star has been interested in acting since his teenage days. After finishing school, he returned to London to pursue acting.

Danny Griffin has a girlfriend

Griffin is dating his co-star Abigail Cowen who played the role of Bloom in Netflix’s Fate: The Winx Saga.

The pair made their relationship official on October 2, 2021, when Cowen uploaded a picture of her being intimate with her partner via Instagram.

A day later, on October 3, 2021, Griffin made it clear that he was in a relationship with Cowen. He posted a cute picture of them and captioned the photo, “signing off.”

Since they made their relationship public in 2021, the pair can frequently be seen on each other’s Instagram accounts.

The couple is still together and is in love more than ever. Cowen last shared a photo of herself and Griffin in an elevator on July 7, 2022, showing that Griffin was using Cowen’s photo as his lock screen.

Griffin made his theatrical debut in the play The Railway Children in 2014 at the age of 17. Later, he was cast as a guest star in an episode of the Netflix series Free Rein.

The star played in Guy Ritchie’s The Gentlemen as Aslan alongside Matthew McConaughey and Hugh Grant in 2019.

He also featured in BBC, now Netflix’s teen thriller Get Even as Shane in 2020. The story centers on a group of young girls who band together to confront bullies at their school.

Later in 2021, he was able to land a lead role of Sky in Netflix’s teen drama series Fate: The Winx Saga.

Danny Griffin is also a model

Griffin is not just an actor; he is more than that. Because of his distinctive jawline and outstanding appearance, he has also signed with IMG Models as a model.

Griffin claimed that there isn’t much difference between acting and modeling. “I don’t really think of it as modelling. I think of it as getting into a character,” he told Vogue.

The model has an estimated net worth of $1.5 million. Thanks to his career as an actor and model, he has earned huge stacks of money.

Danny Griffin as Sky in ‘Fate: The Winx Saga’

Griffin was chosen to play the lead character, Sky, in the Netflix series Fate: The Winx Saga in 2021. His character as Sky is a specialist who is Andreas of Eraklyon’s son but was raised by Silva.

He felt an instant connection with the character of Sky. “From the first time I read it, I really liked the way it was written and the character himself,” he said in an interview with Vogue in 2021.

The actor went on to say that while it takes time to get to know a character, he found that with Sky, it was a little bit simpler than with other characters.