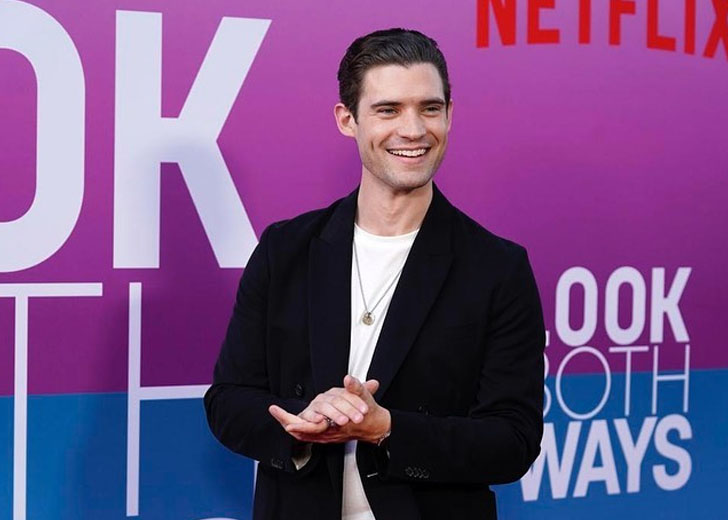 David Corenswet is a talented American actor who rose to fame through his performances in multiple movies and TV shows. He is currently in the spotlight for his portrayal of Jake in the Netflix romantic comedy-drama movie Look Both Ways, which aired on August 17, 2022. In the film, he shares the screen with Lili Reinhart, Danny Ramirez, and Andrea Savage.

Similarly, the synopsis of the movie is, “On the eve of her college graduation, Natalie’s life diverges into parallel realities: one in which she becomes pregnant and remains in her hometown to raise her child and another in which she moves to LA to pursue her dream career.”

Corenswet recently co-starred as veteran police investigator David McDougall in We Own This City, a 2022 HBO limited series from the writers of The Wire and executive producers David Simon and George Pelecanos. In addition, he has appeared as a guest star in several TV shows, including Elementary, The Tap, Instinct, and House of Cards.

How much is David Corenswet’s net worth?

Corenswet has been a part of the entertainment industry for some years and has already made a name for himself. He also has made good earnings as reports say that he has accumulated a healthy net worth of more than $500,000.

In 2011, he made his acting debut by appearing in a short film titled Following Chase, a short movie he wrote. Likewise, in 2014, he co-wrote, produced, and starred in the sketch-comedy web series titled Moe & Jerryweather — the show ran for two seasons.

While all that was happening, Corenswet was harnessing his acting skills at the Juilliard School in New York City. In 2015, he guest starred as Reggie Shaw in One Bad Choice. And the following year, he graduated with a Bachelor of Fine Arts in drama.

Corenswet was initially influenced by his father, John Corenswet, to follow acting as his father worked for several years as a stage actor in New York City before becoming a lawyer. Following the same path, he started learning acting and eventually graduated from the Juilliard School in 2016.

After graduation, he played small roles in a couple of TV shows like Elementary and The Tap before making his TV movie debut through the 2017 movie Controversy — he played the role of Brian Meadows. The following year, he made his big-screen debut as Michael Lawson in Affairs of State.

And just when it seemed he would go big, it didn’t. He returned to doing cameo roles in TV shows like Instinct and House of Cards. In 2019, he appeared in two acting gigs; a movie titled The Sunlit Night and a TV series titled The Politician. Both of those gigs gave Corenswet the limelight he deserved as people started to notice him and appraise his performance.

The actor later reprised his role of River Barkley in season two of The Politician. Furthermore, since 2020, he has appeared in well-known acting gigs such as Hollywood, Acting for a Cause, Project Pay Day, and We Own This City.

What is David Corenswet doing now?

Corenswet is currently busy with his upcoming acting projects as his movie Look Both Ways just got released. Additionally, he has two forthcoming films titled Pearl and Operation Othello. As of now, it’s reported that Pearl will be released in 2022.

As said earlier, he has a hectic schedule right now as he is also seen on his Instagram account promoting his every upcoming project. His Instagram page can be found under @davidcorenswet, where he routinely posts every clip of his upcoming movies and shows to his beloved fans and followers.