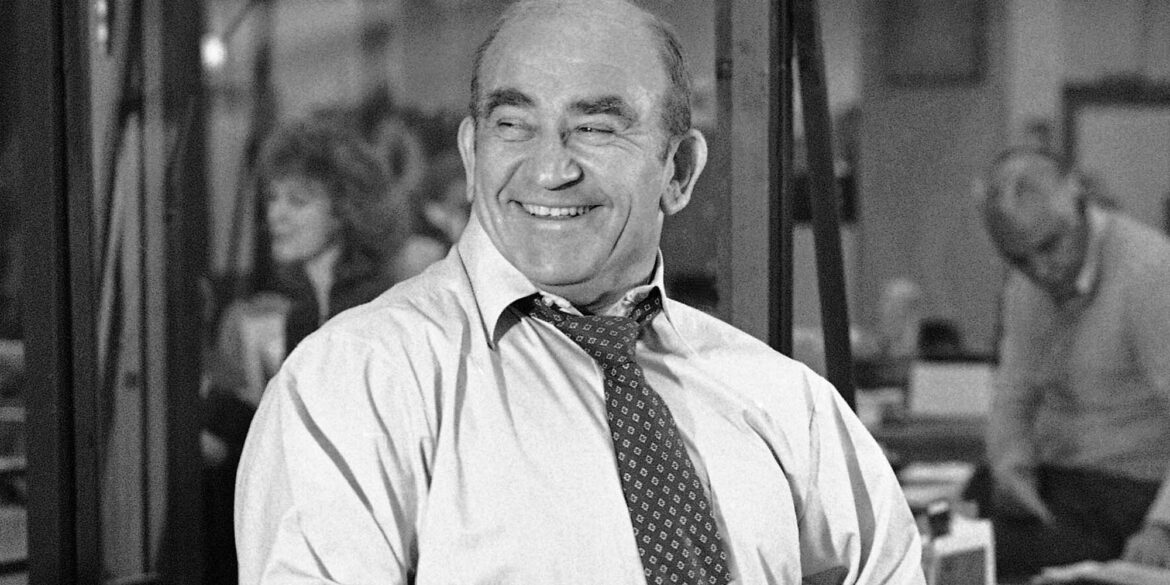 He passed away at his home in Los Angeles’ Tarzana neighborhood. He died due to natural causes and was laid to rest in Sheffield Cemetery in Kansas City, Missouri, on September 12.

The actor’s family wrote on Twitter, “We are sorry that our beloved patriarch passed away peacefully this morning. Words cannot express the sadness we feel. With a kiss on your head. Goodnight dad. We love you.”

Fans and family members were devastated to learn of Asner’s death. The Mary Tyler Moore Show‘s Mark Hamill was among those who paid tribute to Asner on Twitter. He wrote, “A great man, a great actor, a great life. Thank you Mr. Asner. #RIP.”

Likewise, comedy actor Ben Stiller added, “Sending love to the great Ed Asner’s family. He was an icon because he was such a beautiful, funny, honest actor. No one like him.”

What was Ed Asner’s age at the time of death?

Asner was 91 years old when he took his last breath.

He had spent his entire life working in the entertainment industry. He was a journeyman actor when he was cast in The Mary Tyler Moore Show in 1970. He played the scruffy boss of Moore’s vivacious Mary Richards for seven seasons.

The actor won three Emmys for best-supporting actor and two for best actor. He also received Emmy nominations for his roles in Rich Man, Poor Man, and Roots miniseries.

Ed Asner died of natural causes at the age of 91. (Source: Instagram)

Moreover, Asner had over 300 credits and remained active into his 70s and 80s.

In 2003, he played Santa Claus in Will Ferrell’s hit film Elf. He played John Goodman’s father in the short-lived 2004 CBS comedy Center of the Universe and the elderly hero in the 2009 Pixar film Up.

Apart from acting, Asner was involved in a variety of other causes. He served on the Entertainment Board of Directors for The Survivor Mitzvah Project, a nonprofit organization devoted to giving immediate emergency aid to elderly and underprivileged Holocaust survivors in Eastern Europe.

Asner’s four children, Matthew, Liza, Kate, and Charles, were devastated to learn about their father’s death. As previously stated, they have also expressed their heartfelt condolences.

The legendary actor became a father nearly six decades ago. During his marriage to his first wife, Nancy Sykes, he had twins, a son Matthew and a daughter Liza. Asner welcomed his third child, Kate, in 1966 before splitting up with Sykes after more than 20 years of marriage.

In 1987, Asner and his partner, Carol Jean Vogelman, had their fourth child, a son named Charles. The actor had learned a lot about life through raising his children and watching them grow up.

During his 90th birthday roast and party in November 2019, the Lou Grant star revealed his secret to staying sharp and aging gracefully was to “keep your mind active.”