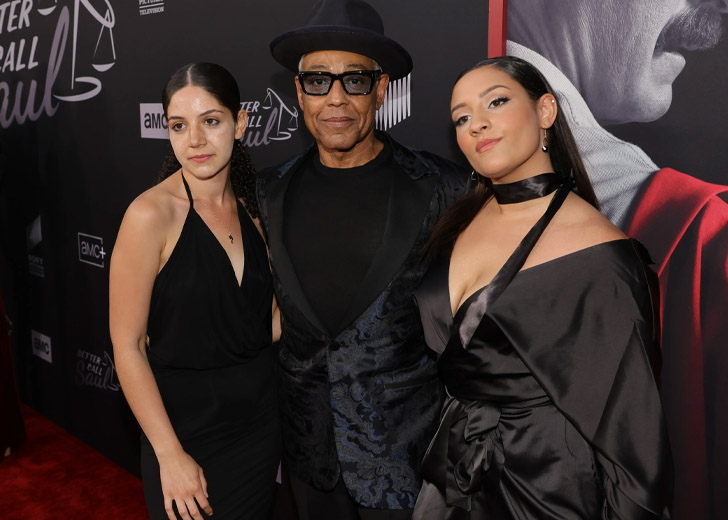 American actor Giancarlo Esposito is best known for his roles in AMC’s Breaking Bad and the prequel/sequel series Better Call Saul. In the two shows, he plays the cold-hearted character of Gus Fring, who is associated with the cartel. But Giancarlo is quite the opposite in real life.

In real life, he is a father to four children, all of whom are daughters. His daughters’ names are Kale Lyn Esposito, Syrlucia Esposito, Ruby Esposito, and Shayne Lyra Esposito. He has a close and strong bond with each of his kids.

The father-daughter duo has also been together at many events. Likewise, one of the actor’s daughters, Ruby, was seen with him on the red carpet at the 24th Annual Critics’ Choice Awards. Giancarlo considers his kids to be his support system.

Giancarlo has four daughters from his marriage to his now-former wife, Joy McManigal — the couple divorced in 2015. His daughters are now all grown up and pursuing their careers.

The actor’s daughter, Ruby, is listed as an assistant director or second unit director on her IMDb profile. She is well-known for the series The Broken and the Bad from 2020. The proud father shared a post about working in the series and expressed his pride in his daughter for reaching this important milestone on his social media account.

Giancarlo Esposito, along with his two daughters, Ruby and Kale. (Source: Instagram)

Giancarlo’s other child, Kale, is 24 years old as of 2022 but has yet to begin her professional career. On April 7, 2022, she attended the Los Angeles Premiere of AMC’s Better Call Saul Season 6 at the Hollywood American Legion Theatre Post 43 with her father.

Moreover, according to Syrlucia’s LinkedIn profile, she is a Middlebury College student majoring in Political Science. She worked as a Television Production Assistant at Quiet Hand Productions from April 2021 to July 2021.

Finally, Giancarlo’s older daughter Shayne is very private about her life, so little is known about her career path. However, she was seen with her sisters at the “Beauty” premiere during the 2022 Tribeca Festival at SVA Theater on June 11, 2022.

The actors’ four children are all curious about his television roles. There is a scene in Better Call Saul where the wife makes coffee for Lalo, and he takes a blade from a pair of scissors and goes to the bathroom to kill the man shaving, which confuses the audience, including Giancarlo’s daughters, Kale and Ruby.

Therefore, Giancarlo needed to explain to his children about the show’s happenings at the time. Moreover, Giancarlo’s daughters also tried to get spoilers about the final season out of him.

Also, Giancarlo watched The Mandalorian with his kids, but they didn’t like Moff’s rough-up of The Child, Grogu. In an IGN interview, the actor revealed that all four of his daughters begged him not to hurt the baby.

Although Giancarlo is not a real-life villain, it is clear that he can pull off evil on-screen after playing the notorious Gus Fring in Breaking Bad and Moff Gideon in The Mandalorian.