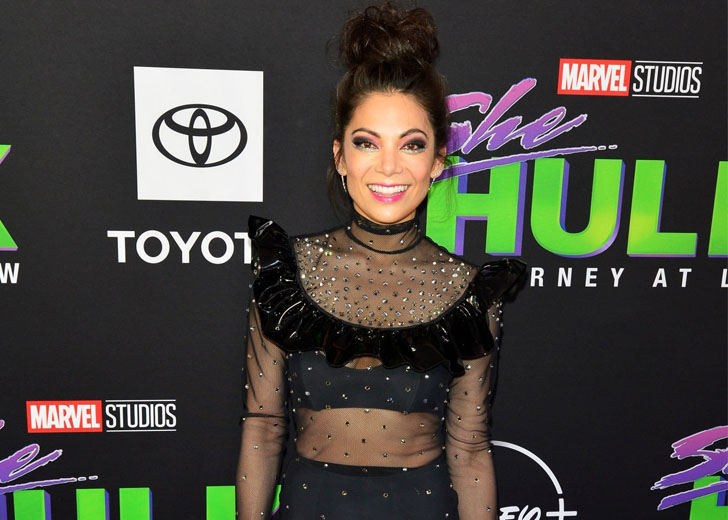 Ginger Gonzaga is an American actress and comedian who is currently playing the role of Nikki Ramos in She-Hulk: Attorney at Law, a Disney+ show based in the Marvel Cinematic Universe. Her character is the best friend of Jennifer Walters, aka She-Hulk, played by actress Tatiana Maslany. The show began airing on August 18, 2022.

Besides the Marvel show, Gonzaga has appeared in several TV shows, among which In Gayle We Trust, Mixology, Wrecked, I’m Dying Up Here, Family Guy, and Robot Chicken have given her the most fame. Her other television credits include Legit, Anger Management, Chance, Champions, Kidding, and Space Force.

Additionally, the actress has been a part of multiple small and big screen movies such as Ted, Someone Marry Barry, Punching Henry, The Kicker, The Night Is Young, Literally, Right Before Aaron, Crazy Wonderful, Same Difference, and Bad Therapy.

With Gonzaga coming into the spotlight with She-Hulk: Attorney at Law, people are eager to learn more about her, especially whether or not she has someone special in her life. And as it turns out, she doesn’t seem to be dating a boyfriend.

The 39-year-old California native is very private about her personal life and hasn’t revealed many details to the media and public. Additionally, there are no reports about her present dating life, and Gonzaga hasn’t hinted at having a possible partner via her social media handles.

On her Instagram handle, she is mainly seen sharing things related to her family, profession, daily life, and timeouts with friends. And even if she was dating someone, she has successfully kept her love life away from social media and the eyes of the paparazzi.

To conclude, Gonzaga’s present relationship status is single, and it will remain the same until anything is revealed about her personal life. For now, it could only be said that she is relishing her singlehood and concentrating on her acting career rather than anything.

While Gonzaga might be single now, she was once dating someone. She was previously in a romantic relationship with fellow actor Jim Carrey. The pair first met while working together on I’m Dying Up Here — Gonzaga starred in the show, whereas Carrey executive produced it.

However, things took a turn when they played each other’s love interest in the 2018 show Kidding. And the on-screen love later turned into an off-screen one. However, they initially managed to keep everything a secret until the Showtime Golden Globes Nominees Celebration, which was held at West Hollywood on January 5, 2019.

The then-couple walked down the red carpet alongside each other and posed for a while with big smiles on their face. On the day of the 76th Golden Globe Awards, January 6, 2019, Gonzaga and Carrey again flaunted their togetherness by walking hand in hand as they headed inside The Beverly Hilton to attend the prestigious ceremony.

During the red carpet, Carrey was interviewed by Entertainment Tonight, and when he was asked about his beau, he said, “I feel very lucky. … She’s not only beautiful, but she’s wickedly, talented and amazing and smart.”

Gonzaga had also expressed her love for her boyfriend, who was nominated for a Golden Globe, by sharing a picture via Instagram with the caption, “Most partial to this talented nominee. #goldenglobes.”

Things seemed to be going well initially until it wasn’t. In October 2019, US Weekly reported Gonzaga and Carrey had officially broken up less than a year after they made their red carpet debut. One source even told the outlet that they had split in early 2019. The reason behind their breakup remains unknown.