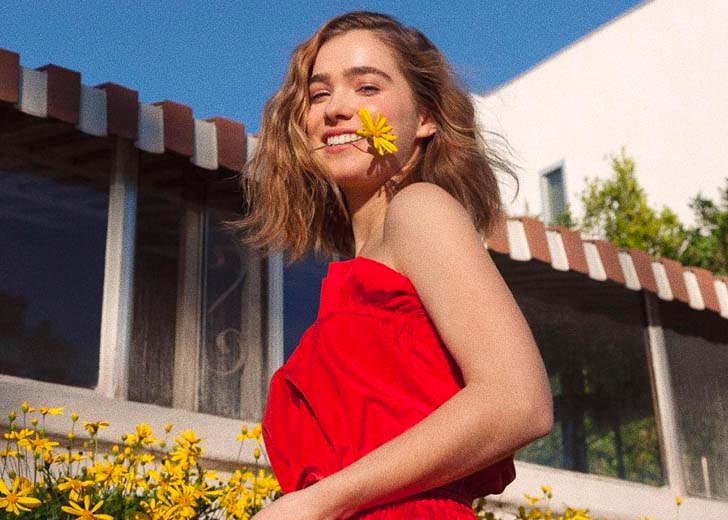 American actress Haley Lu Richardson is best known for her leading roles in The Bronze.

She was in a relationship with Brett Dier for almost nine years. And that is her only public relationship. In hindsight, the actress may have dated another guy before dating him, but she has never revealed anything about it.

In 2012, Richardson and Dier began dating. Over time, the couple built a lovely relationship based on trust and love. After being in a romantic relationship for seven years, Richardson proposed to Dier in 2019.

During an appearance on Busy Tonight in 2019, Richardson opened up about how she proposed to Brett. She told the show’s host Busy Philipps. “Nothing was planned. I simply asked because neither of us is a crazy romantic.”

The actress later talked about the couple’s lengthy relationship, indicating they were not rushing to get married. In an interview with Cosmopolitan, she stated, “We just want to take our time.”

Richardson also admitted that the couple was having difficulty calling each other’ fiancé. She said, “It’s so pretentious to say it, and neither of us is used to it.”

We still call each other boyfriend and girlfriend. We’re just engaged. And I love Brett. And we’ll get married one day

However, two years into their engagement, Richardson revealed that the former couple had decided to split up.

After nine years together, Dier and Richardson stopped showing up on each other’s social media sites. Their last Instagram post together was in November 2020, and this fueled rumors of the couple’s breakup.

Additionally, since early 2020, the actress stopped wearing the wedding ring in any of her Instagram pictures.

Later, on November 1, 2022, Richardson finally revealed the news on her Instagram page, admitting that she was finally ready to go public with the breakup.

She wrote, “Hey guys. This is Brett and me. We separated two years ago. But life continues, and we are both existing and doing pretty well. We shared an exceptional chunk of our lives.”

She added, “I’m so glad to have had the last couple of years to heal and grow without the internet knowledge, but we wanted to share it and move on now. Love yourselves! Life is life, babies!”

Likewise, Dier shared the same photo and stated that the ex-couple split two years ago. They were content and grateful for the time they had spent together. As of now, Dier and Richardson have moved on and are focusing on their respective careers.

However, in May 2021, she was seen getting close to Cole Sprouse. He also hugged the actress and kissed her forehead.

Richardson flashed her trademark smile while wearing large round-frame glasses. She was dressed in a brown leather jacket and beaded necklaces around her throat, sweeping back her short brunette hair.

Sprouse and Richardson first met on the set of the 2019 romantic drama Five Feet Apart, where they played cystic fibrosis patients who cannot get closer than a few feet apart due to the dangers of cross-infection from another person with the disorder, which could be fatal.

However, the truth is the two are apparently not dating each other because Sprouse has been dating his partner Ari Fournier since March 2021.