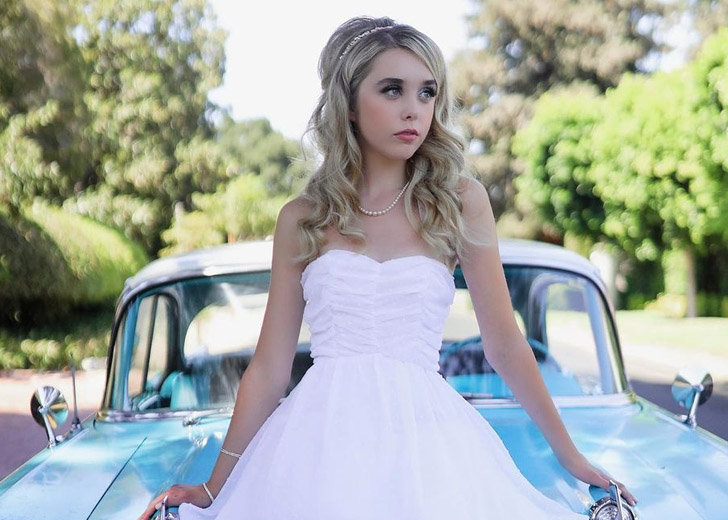 American actress and singer Jenna Davis is best known for portraying Sienna on the TV series Raven’s Home. She is now set to see the audience’s response to her upcoming movie M3gan, releasing on January 6, 2023.

In it, she served as a voice artist, voicing the titular character of M3gan. M3gan is an artificial intelligence marvel in which a robotics engineer at a toy company creates a life-like doll that begins to take on a life of its own.

The movie, based on a story by James Wan, was directed by Gerard Johnstone and co-produced by Wan and Jason Blum. The trailer for the movie was first dropped on October 13, 2022, and was shared by several of the cast members.

Davis also posted the trailer of the M3gan and captioned, “Meet M3gan. The secret is finally out. I’m the voice of @meetm3gan ! Out In Theaters JANUARY 13!” Following the post, many of her fans congratulated her.

One social media user even commented, “Wow your voice for M3Gan was just amazing can’t wait to watch this movie. And James Wan in this production makes me wanna see this even more. A big horror fan.”

Jenna Davis celebrates her birthday in May

Davis was born on May 5, 2004, making her 18 years old in 2022. On the day of her 18th birthday, the actress posted a series of pictures and one video from her birthday celebration. Alongside those photos, she wrote, “18 (ahhh I’m an adult).”

As for her family, there isn’t much information known about her parents, except for their names. Her father’s name is Ronnie Davis, and her mother’s name is Anna Lee Davis. Besides this, she has done a great job at keeping other details of her parents up to herself.

Similarly, multiple reports have claimed that she is only the child of her parents. Likewise, the actress grew up in Minnesota until she was 11 years old. She relocated to Los Angeles to further her education. On May 28, Davis graduated from Oak Park High School.

Davis is a young, attractive, hot, and gorgeous actress with a charming personality. She stands 5 feet 3 inches tall and weighs approximately 45 kg.

The actress has long, shiny blonde hair and captivating grey eyes. Similarly, she has a slim, beautifully shaped, hot, and curvy body that attracts many of her followers.

Davis is active on the majority of social media platforms. She has two million followers and 339 posts on her Instagram. She usually posts pictures from her professional life and with her friends.

Similarly, she has 35.4K Twitter followers and recently promoted her film M3gan via her Twitter handle. She also has 4.3 million followers on her Tiktok account. She typically posts videos of herself dancing and creating POV content.

Moreover, Davis is a YouTuber and has a total of two million subscribers. She created her YouTube channel on August 18, 2014, and has uploaded her covers and other music videos to her channel ever since.

Her self-titled channel now has over 50 videos with a wide range of content. Aside from music, the track features Davis’ acting videos, vlogs, makeup and hair tutorials, challenges, and other entertaining videos.

Jenna Davis has an impressive net worth

Davis amassed a net worth of $1 million. She successfully collected a large sum of money at such a young age because she began her career at ten.

Jenna Davis at the premiere of ‘M3gan’ at TCL Chinese Theatres. (Source: Instagram)

The actress debuted in 2014 with the short film And Happiness. She starred in the sitcom Teachers two years later. She was cast as Monica in the web series Chicken Girls in 2017.

She also appeared in the feature film No Blood of Mine and the sitcom Raven’s Home that year. Davis is still young and has the opportunity to appear in more film and television series debuts in the future. As a result, her net worth may rise dramatically in the future.