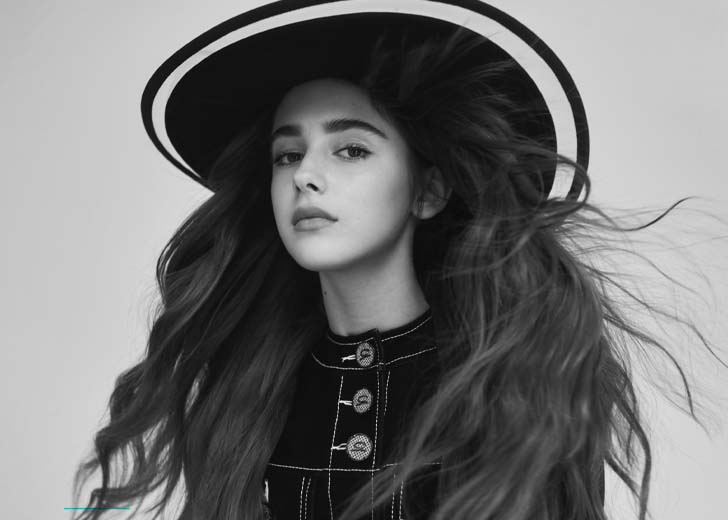 Julia Butters is a talented child actress who has already made a mark in the entertainment industry. She first rose to fame for portraying Anna-Kat Otto on ABC’s sitcom American Housewife. She was a part of the show from 2016 to 2020.

But that was nothing in front of the limelight she garnered for her role as Trudi Fraser in Quentin Tarantino’s Once Upon a Time In Hollywood. She won one Sierra Award for her performance and was nominated for 15 awards at different award shows.

Butters recently graced the small screens when she appeared in Netflix‘s most expensive original movie, The Gray Man, which premiered on July 22, 2022. In the film, she portrayed the role of Claire.

How old is Julia Butters?

As of this writing, Butters is 13 years of age. Born in 2009, she celebrates her birthday every year on April 15, and her zodiac sign is Aries.

On this year’s April 15, she turned 13. On her special day, she posted photos of herself blowing out her birthday candles. “Thirteen years old! We are so very proud. We love you. Happy Birthday” wrote her parents – who manage her Instagram handle – in the caption.

Speaking of her parents, they are Darrin Butters and Lorelei Butters. Her father, Darrin, is a familiar person in the entertainment industry and has worked as an animator for Disney on movies like Ralph Breaks the Internet and Frozen.

On the other hand, her mother, Lorelei, is a homemaker. As of now, it seems like she is the only child of her parents and doesn’t have any siblings. Fun fact: Julia was born and raised in Los Angeles, California, just like her mother, whereas her father hails from Kearney, Nebraska.

How tall is Julia Butters?

As per Butters’ IMDb profile, the child actress stands at the height of 4 feet 8 inches (1.42 meters), which is an average height for a 13-year-old.

Similarly, it’s reported that she weighs around 30 kg (66 lbs), but her exact weight is unknown. Her eye color is dark brown, and her hair color is brownish blonde.

When Butters joined the cast of American Housewife as Anna-Kat Otto in 2016, she was only 9. She was one of the many series regulars and appeared in 90 episodes till the end of season 4 on May 13, 2020.

However, after the fourth season, the American actress decided to leave the show, leaving the fans in shock. And as she was doing well in her role, her sudden decision left the viewers to ask questions like, “Why is Julia Butters leaving American Housewife?”

The answer to that question is that Butters left American Housewife to “pursue other opportunities.” By 2020, she was already a known child actress, and a report from Deadline mentioned that different job offers poured in after her critical performance in Once Upon a Time in Hollywood.

After Butters left American Housewife, the role of Anna-Kat Otto was taken over by another talented child actress Giselle Eisenberg. Before joining the ABC sitcom, Eisenberg had played the role of Sophia Hughes in the CBS comedy series Life in Pieces.

What is Julia Butters doing now?

In 2022, Butters appeared as Claire in Netflix’s The Gray Man. Her performance in it was praised by many as she starred alongside some A-list stars like Chris Evans, Ryan Gosling, and Ana de Armas.

Julia Butters at the premiere of Netflix’s ‘The Gray Man’ (Photo: Instagram)

Similarly, she recently completed the filming of her upcoming movie titled The Fabelmans. In it, she portrays the role of Anne Fabelman. The film is directed by Steven Spielberg and stars Michelle Williams, Paul Dano, and Seth Rogen and has an expected release date of November 23, 2022.

Apart from these, Butters isn’t doing anything in her professional life, at least for now. As for her personal life, she might be relishing her days with her friends and family.

How much is Julia Butters’ net worth?

As per Celebrity Net Worth, Butters has accumulated an estimated net worth of $400 thousand. All of her earnings are directly generated through her works in movies and TV shows.

Speaking a little about her career, she has been a part of 17 acting gigs, including her upcoming movie. She made her acting debut in 2014 and has continued to work hard to improve her skills.