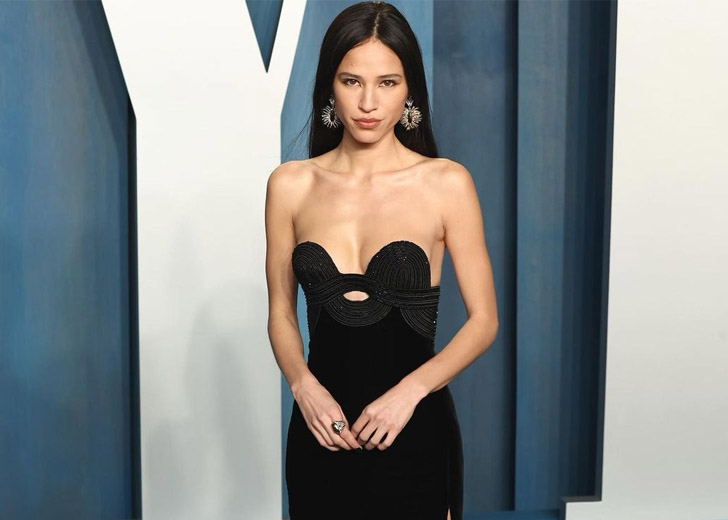 Kelsey Asbille is best known for her role as Mikayla in the famous Disney XD TV show Pair of Kings. She is currently starring as Monica Dutton in the fifth season of Peacock’s hit TV series Yellowstone — Asbille has been a part of the show since its premiere in 2018.

As for the actress’s personal life, she has been dating her boyfriend, William Moseley, for the past ten years. Asbille and Moseley began their romantic relationship in 2012 after meeting on the set of the 2013 action-thriller film Run.

During the initial part of their relationship, the couple kept their romance extremely private, privacy being the thing that the couple still maintains. Nonetheless, the love birds often accompanied each other at some events without disclosing their romance.

However, Asbille spilled the beans during her July 2018 interview with Marie Claire, where she confirmed her relationship with Moseley. In the interview, she was asked to mention a favorite work of art that she owned.

She replied, “A beautiful, peaceful black-and-white photograph of the full moon over Half Dome in Yosemite, by Ansel Adams, which hangs in my bedroom. It was a birthday gift from my boyfriend [William Moseley].”

Asbille was then asked how she spent her spare time. She mentioned that she loved binge-watching TV shows and had recently binge-watched Stranger Things. She also said that she had binge-watched E!’s The Royals. “My boyfriend is on it,” she added.

Despite giving out hints about her relationship, Asbille has yet to speak openly about her attachment to Moseley. The couple has also not uploaded any pictures of them together on their social media accounts.

With that said, there is only one question remaining. Is Asbille married to Moseley? The answer is no; the couple isn’t married. And as of now, there has been no indication from them about a possible wedding. Furthermore, they don’t have any children.

Moseley began his career at 11 in the television film Cider with Rosie. Several years later, he received the role of Peter Pevensie in the fantasy movie The Chronicles of Narnia: The Lion, the Witch and the Wardrobe.

Moseley also co-starred as Daniel Lombardi in the action thriller Run with Kelsey Chow in 2013. Following the year, he portrayed Anderl Gruber in the adventure movie The Silent Mountain.

Similarly, Moseley acted alongside Corey William Large and Clive Standen in the Australian biographical adventure thriller In Like Flynn in 2018.

Recently, the actor appeared in the independent film Saving Paradise, directed by Jay Silverman and written by Van Billet, with Johanna Braddy as Michael Peterson, a Wall Street investment banker.

Asbille is said to have dated two other actors before Moseley. At the opening of Twilight: Breaking Dawn – Part 1 in 2011, the actress was seen alongside Ethan Peck, the grandson of actor Gregory Peck. They also starred as lovers in the 2013 film The Wine Of Summer, but their relationship was never confirmed.

Moreover, Asbille was rumored to have dated actor and singer Hutch Dano after appearing together in the Disney Channel film Den Brother in 2010. However, they have also never confirmed their relationship.

Asbille was born on September 9, 1991, to Dr. James Chow and Jean Chow. She grew up with her two younger siblings, brother Forrest and sister Kierstean. Her father is Chinese, and her mother is American, so the actress has a mixed heritage.

The American actress used to act in school plays and community productions before landing roles in other teen shows after Zack and Cody. Later, after appearing in several films, her breakthrough role was Monica in Yellowstone.