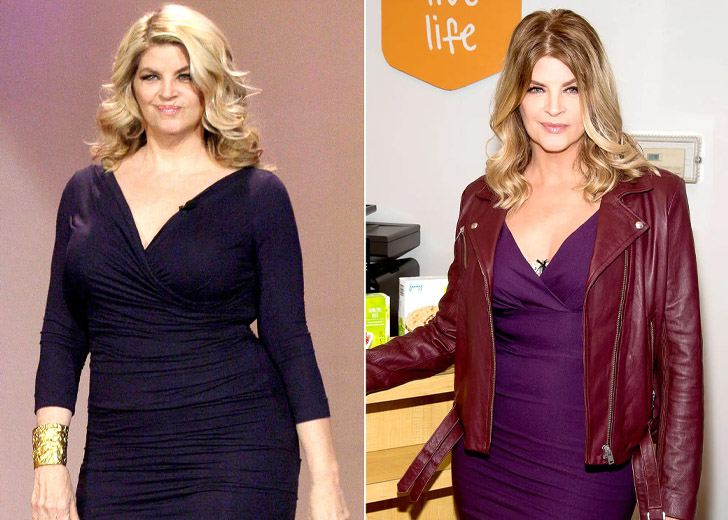 Kirstie Alley, best known for playing Rebecca Howe on the NBC sitcom Cheers, died at the age of 71 after a brief battle with cancer.

Alley’s son, William True, and daughter, Lillie Price, released a statement on social media to announce Alley’s death. They revealed that their mother had recently been diagnosed with cancer and had fought it bravely.

The actress’s children continued, “As iconic as she was on screen, she was an even more amazing mother and grandmother. We thank the incredible team of doctors and nurses at the Moffitt Cancer Center for their care.”

Alley’s friend and confidante, John Travolta, paid tribute to the actress on Instagram. He wrote, “Kirstie was one of the most special relationships I’ve ever had. I love you Kirstie. I know we will see each other again.”

Likewise, Alley’s ex-husband Stevenson paid tribute to her on Facebook. He wrote, “Dear Kirstie, I am so grateful for our years together and for the two incredibly beautiful children and grandchildren we have now. You will be missed. With love, Parker.”

Before her death, the actress appeared in a video posted on September 8 to promote her Cameo profile on her Instagram page. Alley appeared in her final video with her signature mane of thick blonde hair, showing no signs of illness.

She was later diagnosed with cancer and was being treated at Moffitt Cancer Center in Tampa, Florida.

Before her unsuccessful battle with cancer, Alley went through another battle, weight loss, and the journey was difficult. In an interview with Wendy Williams, she revealed that she was a foodie who enjoyed overindulging in fatty foods like cheeseburgers, pies, and brownies.

However, the actress did not gain weight until she was 52 years old. Later, she began to gain weight after entering early menopause. The actress claimed that she gained weight due to her eating habits, which included consuming high-calorie foods.

Likewise, despite her age, Alley used to believe that it was acceptable to eat whatever she wanted during the holidays. After she put on weight, people began to comment on her appearance.

Alley immediately stopped smoking after coming to that realization and drastically altered her lifestyle. In 2004, she teamed up with Jenny Craig, a weight loss and nutrition company. She eventually lost 75 pounds and attributed her success to the program.

Kirstie Alley lost 50 pounds at the age of 60. (Source: Twitter)

After years of hard work, the actress appeared in a bikini on The Oprah Winfrey Show. Her incredible weight loss and womanly curves made her look hot, which inspired many women to take their health seriously.

What Kirstie Alley did to lose weight?

Alley’s weight loss journey had ups and downs, but she lost 50 pounds at the age of 60. She used to work out three times a week. However, the actress used to despise the gym, so she would do fun things such as dance classes, yoga, or a walk or run.

Furthermore, Alley did not eat after 7 p.m. She told People magazine, “I can have whatever I want, I’m just counting the calories. I know how many calories are in 6 oz of tenderloin.”

“I’m aware that a cup of pasta contains 200 calories. So long as I stay consistent and count it up, it’s easy to count because I know how many calories those foods that I really enjoy contain,” she added.

Who Plays Dr. Gupta In Manifest? Everything You Need To Know