Linda Cardellini Revisits Her Most Notable Movies and TV Shows 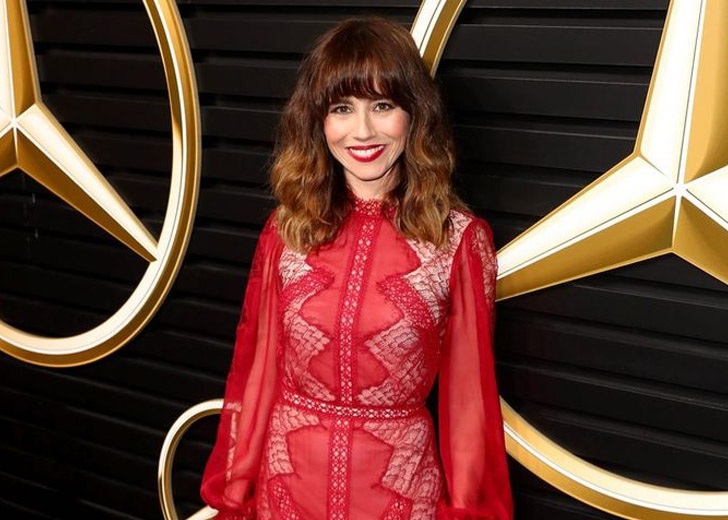 Linda Cardellini is an American actress best known for her roles on Freaks and Geeks as high school student Lindsay Weir, Velma Dinkley in the live-action Scooby-Doo films, and Samantha Taggart on ER.

Cardellini had an interest in acting since she was a child. She used to gather her family and perform sketches, host her talk show, write tickets, and sell snacks. The actress made her acting debut in The Music Man as an older woman at 11 years old.

This experience inspired her to pursue theater as a major in high school and college at Loyola Marymount University. Cardellini’s breakthrough came in 1996 when she played Sarah on the ABC children’s live-action Saturday morning series Bone Chillers.

She then made subsequent appearances as Lauren, a girl who stood in between the show’s lead couple, in primetime programs like Boy Meets World, Step by Step, Clueless, and 3rd Rock from the Sun.

Moreover, Cardellini played Velma Dinkley in the live-action Scooby-Doo movies in 2002. She was then cast as Samantha Taggart, a free-spirited nurse, in the hospital drama ER in 2003.

Aside from that, she provided the voice of Ursula in the role-playing video game Gladius and Bliss Goode in the ABC animated series The Goode Family. In 2013, the actress was cast as Sylvia Rosen, Don Draper’s love interest on Mad Men.

Cardellini began working with Kyle Chandler on the new Netflix drama, Bloodline, created by the same people who did Damages in 2015. The show was canceled in 2016 after the third season. Cardellini also appeared in Marvel‘s Avengers: Age of Ultron as Laura Barton.

How much is Linda Cardellini’s net worth?

According to Celebrity Net Worth, Cardellini’s net worth is estimated to be $9 million as of 2022. She made a lot of money from her acting career because she has been in the entertainment industry for over two decades.

Likewise, Cardellini paid $2.4 million for a home in Los Angeles’ famous Venice canals in 2009. In March 2020, the actress and her husband, Steven Rodriguez, sold the house for $3.6 million.

The couple also paid $4.3 million in May 2021 for a home in Los Angeles’ Pacific Palisades neighborhood. Aside from her assets, Cardellini received numerous awards throughout her long career.

For her work on Mad Men, she received a Primetime Emmy nomination for outstanding guest actress in a Drama Series. Likewise, the actress won Primetime Emmys, Satellite Awards, and Screen Actors Guild Awards for her performance in Dead to Me.

What is Linda Cardellini doing now?

Cardellini is currently doing well in both her professional and personal lives. She played Laura Barton again in the Marvel Studios show Hawkeye, which debuted on Disney+ in November 2021.

A year before that, in 2020, she starred as Mae Capone, the title character’s wife, in the biographical drama film Capone. Regarding her personal life, the actress is content with her husband, Rodriguez, and their one child, Lilah-Rose Rodriguez.

In addition, Cardellini is active on her Instgaram account, where she has 656k followers and 197 posts. She prefers to post pictures of her work rather than her personal life.