"As any parent, my husband Bill and myself are both extremely proud of her," says Luca Asta Sardelis' mother. 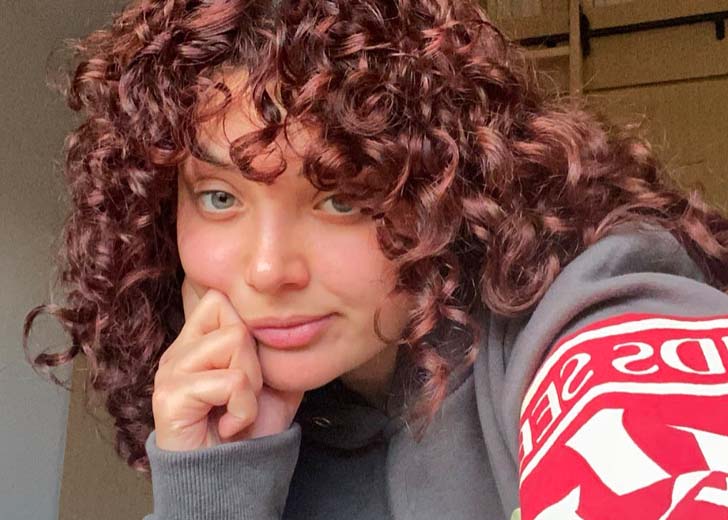 Luca Asta Sardelis, aka Luca Sardelis, is a rising actress from Australia who recently starred as Breeze in Netflix’s comedy romance movie A Perfect Pairing alongside Victoria Justice, Adam Demos, and Samantha Cain. The film premiered on May 19, 2022.

The Netflix movie is her second-only feature film and the first in which she appeared as one of the lead characters. As for her first movie, it was the 2019 movie titled Storm Boy in which she portrayed a minor character of a schoolgirl.

Apart from the two, she has appeared in some notable television shows, such as Sam Fox: Extreme Adventures, Barracuda, Deadlock, Nowhere Boys, The Hunting, and The Tourist.

As of now, she is busy with her two upcoming movies: The Devil’s Work (post-production) and Love, Tea & Epiphany (pre-production). In the two films, she portrays the role of Lindy and Layla, respectively.

Who is Luca Asta Sardelis dating?

As an uprising actress, it’s evident that Sardelis’ fan base is still growing. And while that’s still happening, her existing and new fans are eager to learn more about some aspects of her life, especially her dating life.

So, does the Australian actress have a boyfriend? To say, Sardelis’ present relationship status could be said as single. It’s so because there have been no signs of a possible boyfriend in her life.

The Adelaide, South Australia native actress is yet to give any hints of dating someone through her social media handles, where she is usually active. She has only shared pictures with her family, friends, and stuffs related to her profession.

Similarly, there have been no reports of Sardelis dating a boyfriend or news of her going out with a possible partner. And that could be said about the present as the past as well.

To keep things short, Sardelis doesn’t seem to be dating a boyfriend either in the past or in the present. The actress is mostly focused on making an established career in the entertainment industry – a thing in which she is being successful.

Besides, in her December 2018 interview with Adeliade Now, she mentioned that most of her time is spent on set. She said, “During the week I would focus solely on the character and on the script, and would do school work at the weekend.”

So, that says it all. Sardelis is allegedly single as of this moment, and her focus is mostly on her acting career and her studies.

A brief look at Luca Asta Sardelis’ age and parents

The 5 feet 5 inches tall actress was born in 2001 as Luca Sardelis and raised in Somerton Park, a suburb in Adelaide, South Australia. She celebrates her birthday every year on January 18, making her 21 years of age now. Her zodiac sign is Capricorn.

Her father’s name is Bill Sardelis, and her mother’s name is Helena Kouzapa Sardelis. Apart from her parents, the actress has a younger sister – whose name isn’t known.

Talking more about Sardelis’ parents, they are of Greek descent. Her mother, Helena, was born in Adelaide but her family originally came from Aradippou, Cyprus. Similarly, her father’s family is from Kalamata, Greece.

Bill and Helena are supportive of Luca’s career choice. Besides, when she was cast in the show Barracuda, her mother left her work and accompanied her to Melbourne – for the last two productions of the show. Luca’s father was in the house to take care of her younger sister.

Additionally, her parents are very proud of their eldest daughter who has done well in the entertainment industry and in her studies as well — Luca is a graduate of Westminster School in Adelaide and has an ATAR of 98.75.

Speaking of her daughter, Helena told Neos Kosmos in 2016, “As any parent, my husband Bill and myself are both extremely proud of her and in awe of the opportunities that have come her way; she is an intelligent girl who works extremely hard for everything she has achieved.”