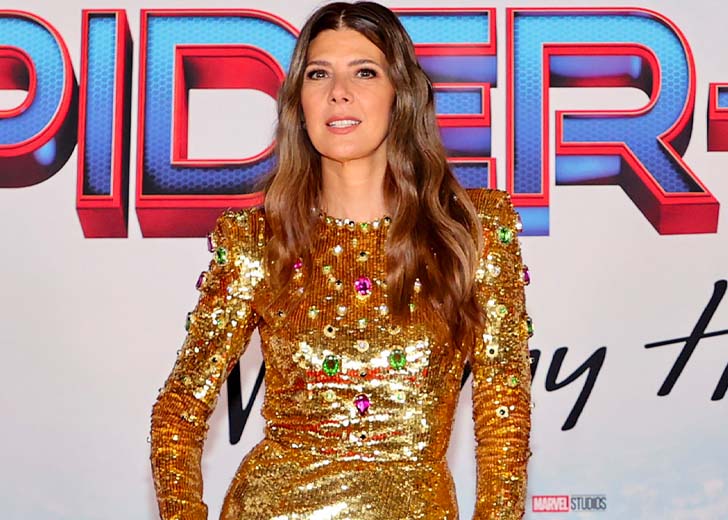 American actress Marisa Tomei is best known for her role in The Cosby Show spin-off A Different World.

She has changed her hair several times for movies. Tomei’s hair has rarely been long since she was ten years old. The 58-year-old actress admits that she regrets cutting her hair at the time, so now she is more conscious of her hair.

The actress and her team, including hairstylist Cervando Maldonado and makeup artist James Kaliardos, left her long hair for the role of Aunt May in Spider-Man. But, before settling on her current look, she experimented with various make-up and hairstyles.

Following its release, the film generated nearly $600 million in revenue. However, Tomei believed that she should have her silver hair for the role of May as it would have looked chic and sexy.

Why Does Marisa Tomei Not Have Silver Hair?

Tomei does not have silver hair like in the comic book version because the crew intended to go for a simple beauty look for the character May in Spider-Man.

As previously stated, they have experimented with various hairstyles, such as curls and bangs. However, they decided to go with the long hair.

In an interview with Allure, Tomei stated that she agreed to have long hair for her role as May because her husband also liked long hair. She continued, “It just looked so right because it was a nod to the ’70s.”

Along with the hair, the team realized that the face should match the theme, so they went with 70s makeup, which included blush, a sculpted eye, eyeliner, and good lashes.

Furthermore, the actress mentioned her makeup and hair during the filming process. She explained that because the team did not have the hours for retouching, the makeup artist would come up with something that could be done, continued, and matched all the time.

On the other hand, Tomei’s makeup artist, Kaliardos, revealed that she knows the actress’s face so well that she does her makeup with her eyes closed.

Marisa Tomei’s Short Hair In ‘Only You’

Tomei had short hair look in the 1994 movie Only You. Many of her fans admired and copied her look.

Even in 2021, one social media user posted a picture of the actress’s Only You movie look on Reddit and said she looked great with short hair.

One person commented on the post. “She looked stunning with her short hair. Get those scissors ready!”

Along with her appearance in Only You, the film itself was noteworthy. Only You stands out as a rom-com because it does not strictly adhere to the boy-meets-girl, boy-loses-girl, boy-must-win-back-girl trope.

Tomei’s character, Faith, is the story’s central character. Faith goes outside her comfort zone to find true love, even if it means flying across the ocean to an unknown land with only a name.

Aside from the movies, Tomei has experimented with her hair a lot in her everyday life over the years. She had colored and curled her hair, and the actress looked stunning in any hairstyle.