Milly Alcock was set to be an actor from a very early age. 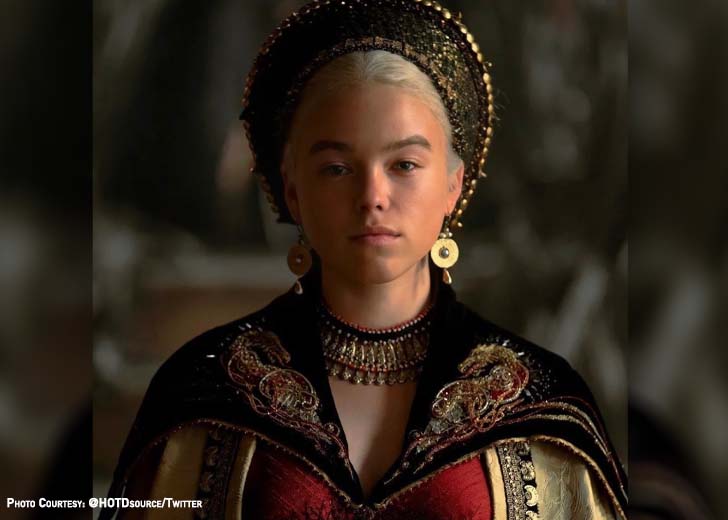 If you do not already know, Milly Alcock is an Australian actress who plays the young Rhaenyra Targaryen in the HBO television series House of the Dragon, a prequel to HBO’s Game of Thrones.

She is also known for regular appearances in Janet King, A Place to Call Home, Fighting Season and Pine Gap, Les Norton, and The Gloaming and Reckoning.

House of Dragon has become a huge hit following the success of Game of Thrones, and fans are more curious to know about the actress who plays their favorite character. So here’s everything about Alcock’s childhood, parents, siblings, and more.

Milly Alcock grew up in a sporty household

Alcock was born in Sydney, Australia, on April 11, 2000, and grew up in a very sporty family who loved rugby. She was, however, immediately captivated by the arts.

“I think I got my interest in acting because everybody was uninterested in acting,” Alcock says, laughing. “I grew up in a predominantly rugby union household; it doesn’t make any sense.”

Alcock grew up alongside her brothers and was raised by her mother, Emma. Alcock has two younger brothers, Bertie and Eddy Alcock. They grew up in Sydney, New South Wales, Australia.

Emma’s social media accounts show that she is divorced. Emma has posted pictures with her children on her Facebook and Instagram accounts.

However, The HOTD actress does not reveal anything about her father or even mention him.

Milly Alcock called agencies for her own audition at 13

It all came together for Alcock when she was still quite little. She spent her childhood obsessed over “Breakfast at Tiffany’s,” she told Flaunt. Then, at age six, she was cast as the title character in Little Red Rocking Hood, a rock ‘n’ roll adaptation of the famous story.

She told the Evening Standard, “I remember being on stage. I had this euphoric feeling. And I was like, ‘I want that, whatever that is. Yeah, I want to feel like that for the rest of my life.”

Alcock’s innate drive kicked in as soon as she fell in love with acting – she knew she wanted to make acting a part of her life, so she did everything possible to make her goal a reality.

“I’ve always been a bit too independent from a very, very young age,” she told the Evening Standard.

“Sat my mom down and told her it was time for me to go to big school,” when she was only four years old. Similarly, Alcock began taking acting courses and even attempted to land professional roles by hiring an agency.

“I enrolled myself into high school and told my mum when the audition was. I called up my agent when I was 13, called the agency, like, ‘Hi, can I have an audition?’, because I learned very young that no one’s going to do it for me,” the actress mentioned, and luckily for her, it worked out.