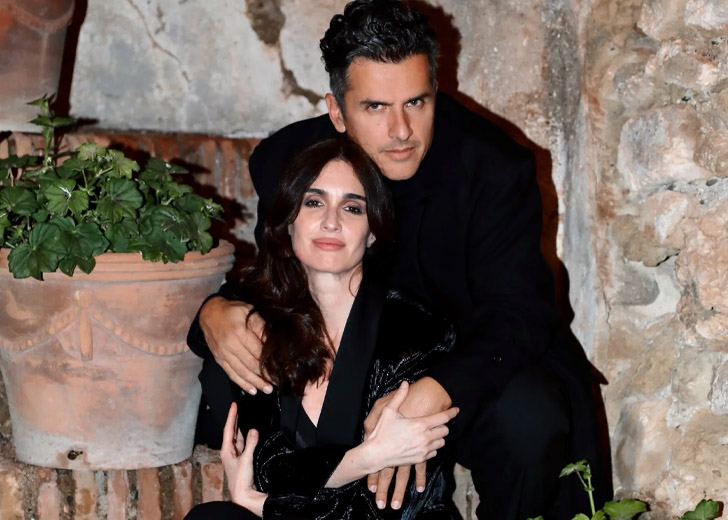 Paz Vega is a well-known Spanish actress who has been in the film industry for over two decades and has received the Jaeger-Lecoutre Award. She rose to prominence after appearing in the comic television series 7 Vidas.

Sex and Lucia, All Roads Lead to Rome, Acts of Vengeance, Spanglish, 10 Items or Less, and Rambo: Last Blood is among her cinematic credits. In the 2019 television series Cuna de Lobos, she played the role of Catalina Creel.

As for her personal life, the actress is married to her husband, Orson Salazar. During many award ceremonies, she was pictured with her husband, Salazar, and they seemed like a fabulous couple. Here, we’ll discuss Paz Vega’s marriage to Orson Salazar and their children.

Read along to find details on their lasting marital life.

Paz Vega and Orson Salazar have been happily married since 2002

Vega and Salazar have been married for two decades, and as we know, their marriage is still going strong. Yes, the pair got married in 2002.

Salazar is a Venezuelan whom Vega met on a trip to an island in Spain. The couple began dating in 2000 and married precisely two years later. Nothing much about her husband is known except his nationality. However, his Instagram bio describes him as an “Oddity Enthusiast. Creator of Things – Serial Entrepreneur.”

Both worked on their career for 5 years after marriage before having a kid in 2007. According to International Herald Tribune, Orson was the name given to their firstborn, after his father. Aside from him, they have two more children, Ava and Lenon, who were born in 2009 and 2010, respectively.

The duo is often seen at various public venues, events, and occasions. They also post many pictures on their Instagram and do not shy away from showing their family moments to their fans.

Paz Vega is a traditional catholic from Spain

Vega was born in 1976 in Seville, Andalusia, Spain, to a housewife mother and a former bullfighter father. Her birth name is María de la Paz Campos Trigos.

She has mentioned that her family is traditional and Catholic. Her grandma inspired her stage name, and her younger sister used to be a flamenco dancer.

Vega was admitted into the Centro Andaluz de Teatro stage school after finishing obligatory schooling at 16. That was also the age Vega wanted to become an actor after seeing a production of Federico Garcia Lorca’s play La Casa de Bernarda Alba.

Paz Vega’s career and net worth

Vega made her television debut in Menudo es mi padre, a Spanish TV sitcom. In 1997, she participated in two other shows: Más que amigos and the adolescent drama Compaeros.

Zapping was her feature film début in 1999. The same year, she also appeared in David Menkes’ movie I Will Survive (Sobreviviré), starring Emma Suárez and Juan Diego Botto.

Vega rose to prominence in the 1999 television series 7 Vidas. The show, touted as a Spanish Friends, quickly became one of the country’s most popular domestic sitcoms.

Vega is 46 years old and has been in the profession for about 20 years. As a result, we may expect her to have millions of dollars in assets. According to multiple sources, her net worth is $10 million, which includes her endorsement earnings and income.