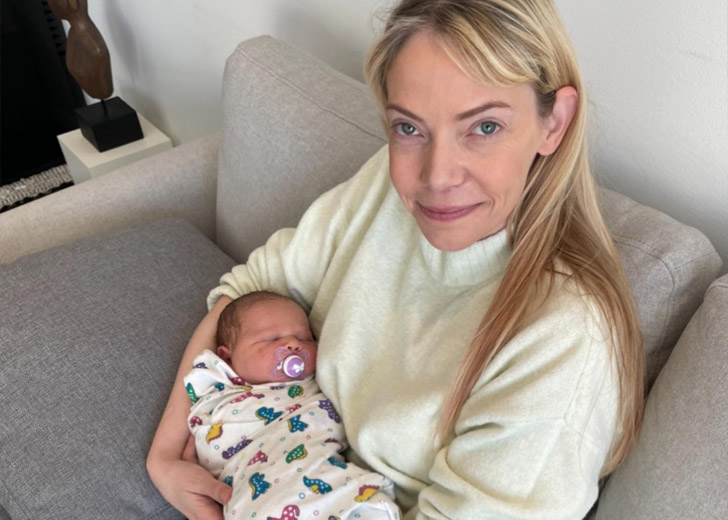 American actress and singer Riki Lindhome is best known for her work with the comedy folk duo Garfunkel and Oates as a singer and songwriter. Likewise, her acting career began in 2002 with minor roles in shows such as Titus and Buffy the Vampire Slayer.

Her film and television back catalog has grown significantly over the years. In 2021, she revealed that she would pen the script for the upcoming animated musical film Steps, which she will executive produce and co-write the lyrics for Micucci.

The actress made her Netflix debut as Dr. Valerie Kinbott in the comedy horror series Wednesday, which aired on November 23, 2022. Her character is a therapist of Wednesday Addams, played by actress Jenna Ortega.

Since her appearance on Netflix’s Wednesday, people have become invested to learn more about Lindhome, especially her personal life. So, does she have anyone special? Or is she single? As of 2022, Lindhome is yet to get married to a husband.

Similarly, it seems like her present relationship is single, as there are no reports of her dating anyone. However, she was previously in a romantic relationship with Brett Simon. Simon is a phenomenal director and has directed some brilliant films, including Better Start Running.

Coming back to Lindhome and Simon, they reportedly began dating around 2019. At that time, Simon shared multiple pictures of/with his partner via his Instagram handle. For instance, on January 9, 2019, he posted a photo of Lindhome and wrote, “Orange Crush.”

Likewise, on November 27, 2019, the actress shared a photo of Emma Koenig’s book Moan: Anonymous Essays on Female Orgasm. She then referred to her boyfriend in the caption and wrote, “Found this on my boyfriend’s nightstand. I’m not mad at it.”

Days later, on November 29, Lindhome posted a photo of Simon to wish him a happy birthday. In the photo, the director has hiked from the indicated location to this location, which he has marked with an arrow.

Later, the actress and Simon stopped posting each other’s photos on social media but did not delete the ones that were already there. So it is unclear whether the couple is still together or has split up.

Moreover, Lindhome previously dated an American writer named Nick Koche, who is a big hit on Saturday Night Live. The couple has never publicly discussed their relationship, so it is unclear when they began dating or broke up.

Riki Lindhome is a mother of a baby boy

While it’s unknown whether or not Lindhome currently has a beau, it’s no secret that she is a mother to a son. She announced the birth of her child on Instagram on March 5, 2022, by sharing some cute pictures. “Welcome to the world, little man,” she wrote.

The actress also posted pictures of her baby boy on her 43rd birthday on March 5, 2022. And captioning those photos, she wrote, “I already got my birthday wish. This was, without question, the best year of my life. #43today.”

At the time, Lindhome didn’t reveal other details about her baby or who the father of her child was. But, it has been reported that her son’s name is Keaton James. That said, the Knives Out star has been photographing and documenting her son’s growth and sharing it with her Instagram followers.

On November 23, 2022, she posted a picture of her and her baby boy reading the book. She captioned, “My friend, the brilliant @natashaleggero, has written the funniest book, The World Deserves My Children. I loved it so much.”

Following the post, one user commented, “I’m so happy that my favorite persons are having babies and sharing the experience! My son is getting two years soon, and I’m still trying to get the hang of being a mom. Greetings from Spain!”

After seeing the many photos of Lindhome’s baby in her Instagram post, fans are curious about the baby’s father. But the television personality has decided not to reveal anything about him.

Although she did not reveal the child’s father’s identity, she made it clear that she had dated a few men in the past, but none of them were the baby’s father. As of now, it’s still a mystery as to who is the father of Lindhome’s baby.