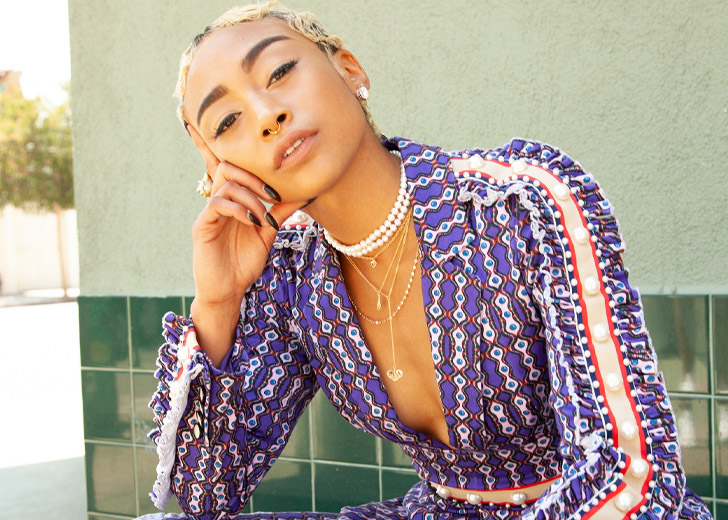 American actress Tati Gabrielle, also known as Tatiana Gabrielle Hobson, is well-known for her role as Gaia on The CW science fiction television series The 100.

Gabrielle made her acting debut in the 2014 short film To Stay the Sword as Keating. Since then, the actress has appeared in dozens of movies and TV shows, which helped her gain a large fan base.

Gabrielle recently wowed audiences with her portrayal of Marianne Bellamy in the third season of Netflix’s hit crime series, You. She was also seen as Braddock in the action-adventure film Uncharted, which was released on February 11, 2022.

Moreover, the actress is currently starring as Hannah Kim in the new American heist television series Kaleidoscope, which premiered on Netflix on January 1, 2023.

Is Tati Gabrielle dating a partner?

As of 2022, Gabrielle’s relationship status is unknown as she prefers to keep her romantic life detail private. Despite being active on social media, she hasn’t posted any pictures with a guy that indicates she has a boyfriend. Likewise, she has never talked about her relationship during her interviews.

Tati Gabrielle was rumored to be in a relationship with Chance Perdomo. (Source: Twitter)

She keeps her personal affairs private, so she may secretly date someone. However, she is currently single and not seeing anyone. Nonetheless, she was previously linked to her Chilling Adventures of Sabrina co-star, Chance Perdomo. The rumor about their dating started because of their fantastic on-screen chemistry in the movie.

Similarly, Perdomo even gushed on social media about his relationship with Gabrielle, saying he loves her dearly and asserting that that actress is the only person who truly understands him.

Following the show’s cancellation, Perdomo even shared a photo of himself and Gabrielle on social media. He wrote in the caption, “There’s nothing I can say to @tatigabrielle that she doesn’t already know. She knows me better than anyone else & I love her dearly.”

However, the rumor of Gabrielle and Perdomo dating was never confirmed. Later, the pair revealed they were just good friends outside the camera.

Gabrielle is not open about her relationship status, but she gave dating advice during her video interview with Bustle’s Elite Daily. She was asked if you’re catching feelings for your casual hookup should you tell them.

Gabrielle answered, “The more transparent you are, the easier things become. You go for it. You don’t want to regret not taking that chance and telling them.” The actress also stated that after telling someone about your feelings, you must give them the option of accepting or rejecting them.

Later, Gabrielle was asked if it was okay to date someone who had previously dated her friend, and the actress responded that it depended on the friend and the person. One can date if everyone is upfront and calm about it. In addition to dating advice, she was asked about her first kiss.

The actress immediately responded that her first kiss was adorable. In third grade, she had a boyfriend, and they were in the playground beneath the small castle. So it was one of the cutest kisses she’d ever had.