Get to know Tyner Rushing, the newest addition to Netflix's Stranger Things. 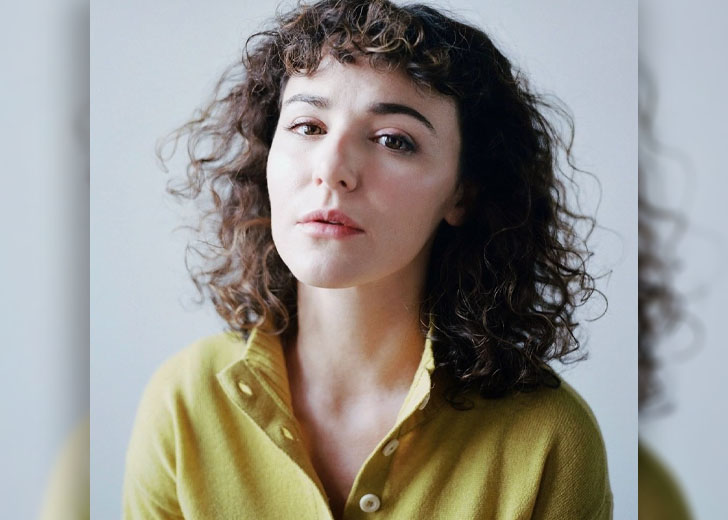 Tyner Rushing is a talented American actress who has garnered healthy fame in the limited time she has spent in the entertainment industry. She has appeared in some known movies and TV shows and will be appearing in some world-renowned gigs.

One of her upcoming gigs is a TV show titled The Terminal List, releasing on July 1, 2022 – she shares the screen with Chris Pratt and others. In it, she will portray the role of Liz Riley. She will also appear as Christine Denton in The Contractor – releasing on April 1, 2022.

Last but not least, Rushing is set to make her appearance in one of Netflix’s biggest television shows, Stranger Things. She will play the role of Virginia Creel in the fourth season, which releases on May 27, 2022. Her character was first shown in the “Creel House” teaser.

How old is Tyner Rushing?

Rushing’s present age remains undisclosed as of this writing. It’s because the actress is quite new to the entertainment industry and hasn’t given out many details about her in the public domain.

Tyner Rushing is yet to reveal her exact age (Photo: Instagram)

Nonetheless, it seems like she celebrates her birthday every year on June 20. Back on June 20, 2016, she had shared a video via Instagram in which she was sitting near a river – seems like a family picnic – and people were singing Happy Birthday “in different languages and keys.”

Although her exact age might not be known, her IMDb profile has quite the information about her education. She first attended Birmingham-Southern College, where she studied Vocal Performance. Later, she spent some time at the California Theater Center.

Tyner Rushing’s parents are owners of a plant farm

Not only did the actress’ IMDb profile give the idea of Rushing’s academics, but it also provided some details on her parents. It is mentioned that her parents are the owners of a plant farm.

Rushing was raised in the suburbs of Semmes, Alabama, by her parents. Her father’s name is Ralph Rushing, and her mother’s name is Patti Tyner Rushing. She later spent her childhood around 14 miles west of Mobile.

Tyner Rushing with her father on Father’s Day (Photo: Instagram)

As of this writing, it is unknown whether she is the only child of her parents or has any siblings. Additionally, there is no further information about her family besides the details mentioned above.

How tall is Tyner Rushing?

Rushing, who goes by the nickname of Tiny, reportedly stands at an average height of 5 feet 5 inches or 1.65 meters. However, details about her weight and body measurements currently remain undisclosed.

Does Tyner Rushing have a husband?

By now, it could easily be guessed that Rushing doesn’t open much about her life and tries to keep most of those details upto herself only. She has done the same about her personal life.

It’s presently unknown if the American actress has been married to a husband. Without knowing anything, it could only be said that she isn’t married and doesn’t have a husband – until something comes up.

Similarly, her present relationship status is unknown. Due to the same privacy, it couldn’t be told if she is in a relationship and dating a boyfriend or is relishing a single life. For now, it seems she is unmarried and single.

What is Tyner Rushing’s net worth?

Rushing made her debut in the entertainment industry in 2015 when she played the role of Taylor in the short movie 50 mm. After that, she appeared in smaller roles in a few short movies, TV shows, and feature films.

Some of her acting credits from 2016 to 2021 include Catalyst, One Mississippi, First Man, The Resident, The Inspectors, The Purge, Transference, Lovecraft Country, Concrete_savanna, Creepshow, Respect, and Queens.

In 2022, she has various big projects lined up: The Contractor, Stranger Things, Under the Banner of Heaven, The Terminal List, and Echoes.

Considering all of that, it must be sure that the actress has earned a healthy income. So, how much is Rushing’s net worth? As it stands, the figures of her salary and net worth are yet to be disclosed for now.