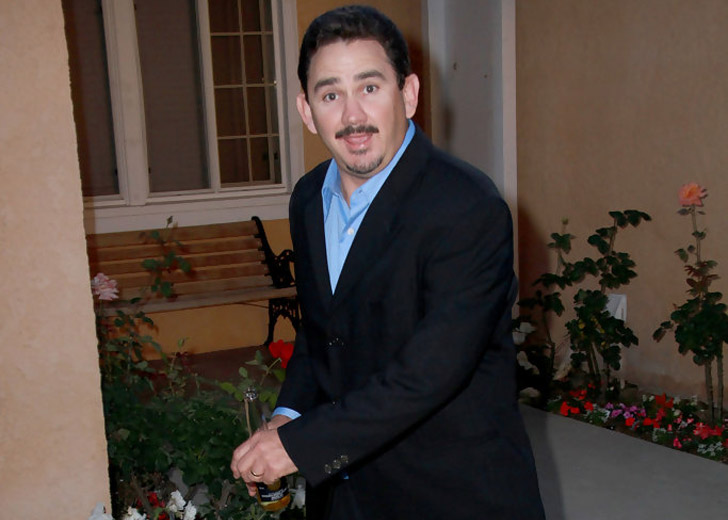 Valente Rodriguez is a well-known American actor who began his career in the late 1980s. He has been in several television shows and films but is best known as Ernie from George Lopez.

He has been active in the entertainment industry for over four decades, so he is unquestionably one of the most well-known individuals in the modern television industry.

As a result, fans are keen to learn more about their favorite television comedy performer. So, here’s all you need to know about Rodriguez, including his wife, married life, children, and family.

Does Valente Rodriguez have a wife?

Rodriguez is very private and rarely shares his personal life with his fans and followers. As a result, little is known about his family and love life.

He has kept everything out of the limelight. As a result, it is unknown whether he is married to his wife.

Even if he is married, he has not revealed the identity of his wife to the public. Similarly, it is unknown if he has any children or a family with his wife.

Very little is known about Valente Rodriguez and his married life. (Source: Instagram)

Moreover, Rodriguez has not been linked with anyone to date for people to presume his relationship. We also have no idea about the actor’s dating status based on his Instagram and Twitter profiles.

Rodriguez was born on February 14, 1964, in Edcouch, Texas. He is Mexican-American and hails from a diligent family.

Rodriguez credits his appreciation for his possibilities and life till now to growing up in the Rio Grande Valley and working as a migrant agricultural laborer. While his professional success is well-documented, his personal life is not.

Aside from revealing a few details about his childhood in Texas, the television actor has been silent about his family. Few websites, however, claim that the George Lopez actor is the youngest of eight siblings.

It is reported that Rodriguez spent most of his childhood studying. He was allegedly the first person in his family to graduate high school and attend college.

He studied theatrical summer studies at The University of Texas-Pan American and appeared in numerous mainstage productions there. He was even included in a college promotional commercial that aired throughout the Rio Grande Valley.

Rodriguez traveled to Los Angeles after graduating in 1987, hoping to make it famous in Hollywood. Marian Monta, the chair of his university’s drama department, helped him out by giving him $1,000 out of her pocket.

Since then, Rodriguez has not looked back.

He received his first major role in the movie Salsa. Impulse, Twenty Bucks, Volcano, Ed, Blood In Blood Out, Erin Brockovich, Roosters, Suckers, Erin Brockovich, The Ugly Truth, The New Guy, and the critically acclaimed Mi Familia or My Family are among his other cinematic credits.

He has also appeared as a regular on Fox’s comedy show Culture Clash, as well as Mad About You, Growing Pains, The Golden Girls, Beverly Hills, Falcon Crest, Dharma and Greg, 90210, Gotta Kick It Up! Yes, Dear, Sabrina the Teenage Witch, and in the films (500) Days of Summer and The House Bunny.