"After a trip to California, he decided to pursue a career in acting and started working on his craft right then and there," says Walker Scobell's father. 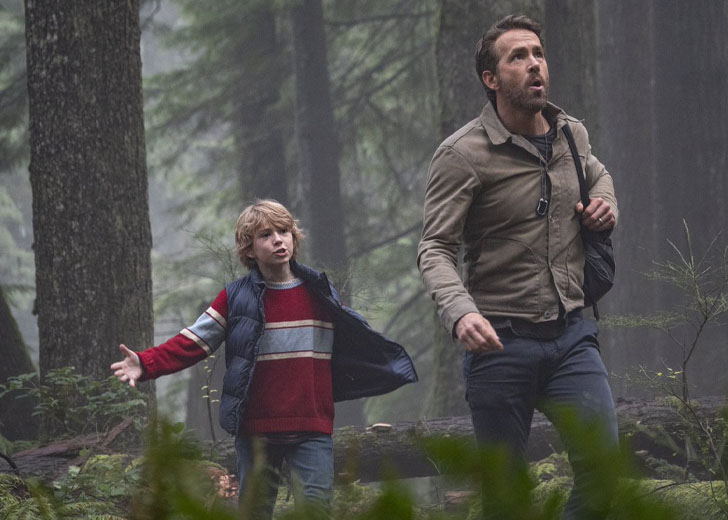 Scobell’s character of Young Adam is the younger version of Reynolds’ character — who plays the role of Adam Reed, a time-traveling pilot. The film recently had its premiere and is slated to air on Netflix on March 11, 2022.

Walker Scobell is an US-based actor

As of this writing, Scobell is 13 years of age. He celebrates his birthday every year on January 6. His zodiac sign is Capricorn.

Born in 2009, the young actor was raised in a military family. His father’s name is Peter W Scobell (aka Pete), and his mother’s name is Heather Scobell (nee Melissa).

Reports suggest that his father was a distinguished member of the United States Army and served 17 years in the military as a Navy SEAL. Additionally, he still holds the freshman pole vault record at the Annapolis, Maryland-based U.S. Naval Academy.

Due to his father’s profession, Walker and his family – also consisting of an older sister – never stayed longer in one place. His father had six deployments and moved to several places, including California and Colorado.

An old picture of Walker Scobell’s parents holding him and his older sister (Photo: Instagram)

Apart from being a Navy SEAL, Walker’s father is a musician featured in Rolling Stone magazine. After recording a song for the film Hornet’s Nest, he went on to tour with country music icons such as Cactus Moser and Wynonna Judd.

Coming over to Walker’s education, he is currently a seventh-grader attending Fairview Middle School. Interestingly, his parents also studied at the same affiliation for high school – Fairview High School.

How tall is Walker Scobell?

Scobell’s exact height is currently unknown. It is because he has just entered the entertainment industry, and not much is known about him for now.

Moreover, while several online outlets have reported his height, the detail differs from one another. For instance, one outlet has mentioned his height as 5 feet 4 inches, and another outlet has stated that he is 4 feet 11 inches tall.

The rising child actor seems to be available on only one social media platform: Instagram. He is under the username of @walker.scobell and has already garnered over 18,400 followers.

Scobell has mainly shared pictures of his day-to-day life on the photo-sharing platform, including his parents, high school play, behind-the-scenes images, and his skateboarding videos.

Although he is available on Instagram, he hasn’t been much active in the past. For now, he is quite more active than usual and could be seen sharing critics’ and fans’ reviews of The Adam Project and more.

Scobell got interested in acting when he took a trip to California. On his IMDb profile, his father has written, “Walker has always done everything he can to make people laugh and developed quite the imagination – going so far as to surprise everyone on a class trip by suddenly emerging in a full Spider-Man costume!”

“Walker learned to love acting in elementary school drama class and through his wonderful experience in a middle school play,” his father further wrote.

In November 2019, the young actor finished up his school stage production of Mary Poppins. At that time, Scobell – aged ten at that time – had little to no idea he would be teaming up with some Hollywood A-listers for a Netflix movie.

Fortunately, that did happen, and he was cast in the role of Young Adam in The Adam Project. After months of hard work, the movie’s filming was wrapped in March 2021. Scobell had shared a picture with his co-stars saying, “Wrap sucks.”

Walker Scobell with his ‘The Adam Project’ co-stars (Photo: Instagram)

The film is now set to release on March 11, 2022. But, early reviews from critics have mentioned that Scobell has done a fine job. One review from CinemaBlend’s Mike Reyes even stated that he was ideally cast and is the “one to keep your eye on” while watching the movie.

Scobell currently has one upcoming acting gig – besides The Adam Project. It’s a superhero movie titled Secret Headquarters, starring another Hollywood A-list actor Owen Wilson. The film is expected to release on August 5, 2022.

Walker Scobell with the cast and crew of ‘Secret Headquarters’ (Photo: Instagram)

Besides that, the young actor doesn’t have any acting projects for now. But who knows what might happen next.

Scobell has already impressed many people through his acting, including his co-star Ryan Reynolds. The two co-stars are heavily involved in the promotion of The Adam Project and seem to have gotten very close.

Scobell is a huge fan of superhero movies – his favorites are Deadpool and Avengers: Endgame. And as Reynolds plays the title role of Deadpool – now set in Marvel Cinematic Universe – he might even pick up Scobell for a cameo or big role in Deadpool 3 – which is reportedly under the works at Marvel Studios.