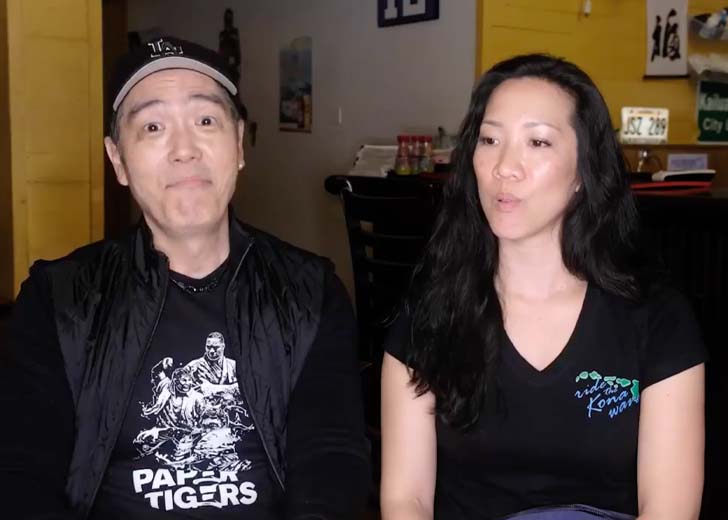 Actor Yuji Okumoto, known for the portrayal of Chozen Toguchi in The Karate Kid, operates in the Kona Kitchen/Yuji Lounge with his wife Angela Okumoto in Seattle, Washington.

Okumoto can be seen hanging around in the restaurant when he’s not busy making movies. The Kona Kitchen is a casual family dining restaurant inspired by his years spent visiting friends and family in Hawaii.

Yuji Okumoto and his wife Angie’s success as restaurateurs

The Kona Kitchen is owned and operated by the famous actor Okumoto and his wife, Angie. He admitted that he could not have accomplished establishing a restaurant without help from his family and wife.

The thought of owning a restaurant appealed to Okumoto after he wed Angie and moved to Seattle in the early 2000s; his years in the show industry had left him feeling burnt out.

As per Pacific Citizen, he said, “I kind of needed a change.” Yoshiharu and Yemiko Okumoto’s son, Okumoto, claimed to have worked as a host in a Japanese restaurant and also performed as a cook on television. So, at the time, he reasoned, “How difficult can it be, right?”

The actor said, “I convinced my uncle, who had a catering business for many years in Hawaii, to come help us out to help with the menu and recipes.”

The actor’s wife Angie, who worked as a CPA at a big accounting firm at the time, also decided to quit her job to help her husband.

Jo Koy(R) with Yuji Okumoto and his wife and children. (Source: yuji_okumoto/Instagram)

The busiest periods at Kona Kitchen are during breakfast on the weekends. However, with the bar open and karaoke mics running until two in the morning, Friday and Saturday nights are also bustling.

Okumoto is an American actor, producer, and martial artist. Coming of Japanese descent, he was born and raised in Los Angeles, California.

At age 13, he started learning Karate under different sensei. By the time of The Karate Kid Part II, Okumoto held a brown belt in Karate.

His first roles were as a Vietnam soldier in the movie Crime Killer, Fenton in Real Genius, and Yee Sook Ree in Better Off Dead.

Throughout his acting career, his notable role is as Chozen Toguchi in the 1986 film, The Karate Kid Part II.

Other credits include his role as Shu Kai Kim in the 1989 film True Believer, Pete Kapahala in the movie Johnny Tsunami, Kaigun-Daii in Pearl Harbor, and Bruce Takedo in the television series Bones.

The father of three children also produced the 2020 independent film, The Paper Tigers. He performed his Karate Kid II role as Chozen Toguchi in Season 3 of Cobra Kai, who is now a hero in the series.