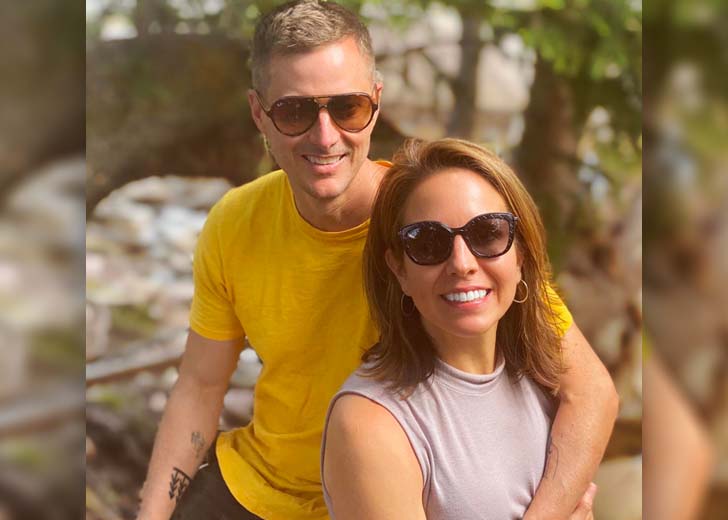 Alicia Acuna is a reputed American journalist who has been serving as the Senior Correspondent at FOX News Channel. She joined the channel in September 1997 and hasn’t joined any other news channel, working there for almost 25 years.

She is currently based out of the network’s bureau in Denver and often serves as the guest host of FOX News Live. Additionally, during her tenure, she has worked as a rotating panelist on two more FOX News Channel shows; Big Saturday Show and Big Sunday Show.

In her 25 years at FOX News Channel, she has covered numerous breaking news stories, either major or minor, and has played an essential role in the network’s political coverage. One of her most recent major works includes covering the news around Russia’s invasion of Ukraine.

Since Acuna has been a familiar face in the news industry, people are always getting to know her and want to learn more about her. And as her professional career is already on the public pages, people want to know about her personal life.

Alicia Acuna has been married for almost two decades

Acuna has been living as a married woman for a long time, and accompanying her on the way is her husband, Brian Daniel Boyd.

The now-married couple met each other in the early 2000s and eventually started dating. And after being together for a while, they decided it was time to settle down. In April 2004, Acuna and Boyd walked down the aisle and shared the wedding vows.

However, there are little to no details about her wedding ceremony as it seems like it was an intimate one where only close friends and family members were invited. Nonetheless, the journalist has been quite vocal about her marital relationship on social media.

Acuna could be seen sharing numerous pictures alongside her husband, primarily via her Instagram handle. Similarly, another thing she has been quite vocal about is her husband’s tough fight with cancer, a battle which he ultimately won.

Sometime after their marriage, the couple learned that Boyd had been diagnosed with cancer. But the duo never lost hope, and Acuna always supported her partner. Moreover, they also went forward with the necessary treatments.

Finally, on May 5, 2009, the two learned that Boyd had successfully beaten cancer and is now cancer-free. And ever since Acuna started using Instagram, she always takes to the platform to mark the wonderful day when her husband beat cancer.

On this year’s May 5, she posted a series of pictures taken alongside the love of her life and wrote a lengthy but heartfelt caption. “Our @briandboyd is 13 YEARS CANCER FREE. This last year brought new and different challenges to our family, for sure.”

“And with each one, the grounded nature in which he applied his hand brought us all back to Earth. Not only did cancer suck, all those years ago, it traveled with two insidious diseases that also visited his body and our home.”

As she approached the end of the caption, she mentioned how her partner in everything fought and walked through the pain step by step, day by day, and beat cancer. “He is here, and we are all so grateful. Love you so very much,” she concluded.

As of now, the couple’s bond remains intact, and it will stay the same in the future. Acuna and Boyd are now married for almost two decades, 18 years, to be precise.

Before Acuna and Boyd got married, Boyd was already in a relationship with a partner – whose identity isn’t disclosed. From that relationship, he was a father to three sons; Noah, Daniel, and Adian Boyd.

And when Acuna and Boyd tied the knots, the former KSEE-TV anchor/reporter happily accepted the duties to become a stepmother to her husband’s children. Similarly, the married couple have welcomed two biological kids as well, making them parents of five.

The duo’s biological children are a daughter named Sofia Orozco and a son named Mario Orozco. Their first child, Sofia, was born on April 14, 2004; similarly, their second child, Mario, was born on September 7, 2006.

The family of seven could be seen residing together in Denver and celebrating different festivals. Furthermore, Acuna’s Instagram handle shows that her family likes to travel to places and enjoy lovely family time.

Who Is Stuart Varney’s Current Wife? All about His Married Life and Children