Is Ana Cheri Dating a Boyfriend Now? Look at the Model’s Love Life 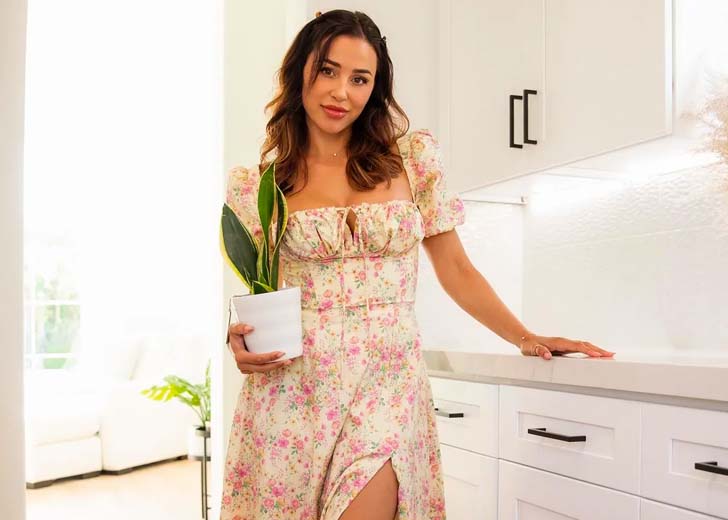 Ana Cheri is a renowned American model who has established a substantial fan following across social media platforms. In addition, she is the owner of a clothing brand or activewear named Cheri Fit.

Her professional life is no secret to the public, and the same could be said regarding her personal life. But, the latter has changed now since the former Playmate is single and no longer in a marital relationship.

Cheri’s present relationship status seems to be single. The internet personality hasn’t given any sort of hints about dating a boyfriend through any means – like her Instagram handle.

On her hugely followed Instagram handle, she has only shared pictures and clips of her single life, where she could be seen working out, going to the beach, going swimming, enjoying the sunset, and so on.

And while she does all that and more, there has been no presence of a handsome hunk who could be regarded as her possible boyfriend. Thus, it could be easily said that Cheri has been relishing her singlehood as she stays away from love and dating for some while.

But, it looks like men couldn’t easily resist the beauty which was proven during the Warriors vs. Knicks game at the Madison Square Garden in December 2021. During that game, former NBA player Dell Curry – father of NBA player Steph Curry – shot his chance at Cheri.

Pictures of Dell being flirty spread across the internet and Cheri was approached by TMZ after the game. Cheri told TMZ that she and her friends ended up sitting next to Dell by coincidence and that Dell was “respectfully flirty” with her.

It was also mentioned that Dell was nice to Cheri and her friends, Toria Ranae and Kirzlyn Gabriola, throughout the whole game. But, the former basketball player was definitely giving most of his attention to Cheri.

Similarly, it was made clear that Dell didn’t cross any lines and made Cheri or her friends uncomfortable, but he was surely flirting. Furthermore, Cheri said that she congratulated Dell on his son, Steph’s success, took some snaps, and went their separate ways after the game ended.

Besides this one incident, there has been no recent news of Cheri being seen with anyone.

As we mentioned earlier, Cheri was previously in a marital relationship before she started relishing her singlehood days. And the man she was married to was Ben Moreland – a fitness coach.

As per multiple media outlets, Cheri and her now-former husband officially started dating in 2006. However, there is little to no information regarding when and under which conditions the two first met each other.

Nonetheless, it has been mentioned by Moreland in his Instagram post that he and Cheri initially started as friends. And if reports of them starting their dating relationships in 2006 are to be believed, it took six more years for them to take another big step in their relationship.

The big step here is the wedding. On March 17, 2012, Cheri and Moreland shared the wedding vows and legally became a husband and wife duo. And although married, there seemed to be no change in their love and relationship.

On March 17, 2021, they marked their ninth wedding anniversary. On that occasion, Moreland shared nine pictures via his Instagram handle and wrote a heartfelt caption. A part of the caption read, “Every love story is special, unique and beautiful, but ours is my favorite.”

However, little did anyone know that it will be the last time they would celebrate their wedding anniversary. On December 5, 2021, Moreland took to his Instagram handle to share a joint announcement about his and Cheri’s split.

The joint statement with, “Hey everyone, Ana Cheri and I have decided to end our romantic relationship but we still have love for one another as humans.” “We started our relationship as best friends and will continue to be friends.

“We have appreciated all of your support from the beginning and appreciate your continued support now,” they added. Their statement ended with the two asking their followers for kindness and requesting privacy.

Who Is Sabrina Carpenter’s Boyfriend in 2022? Look at Her Dating History