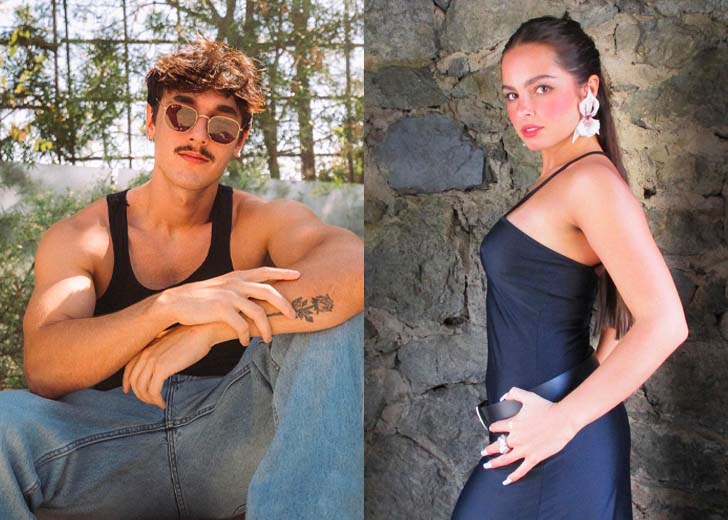 Famous TikTok star Addison Rae is presently in a relationship with her guitarist boyfriend Omer Fedi — who is apparently bare-faced.

And perhaps that’s what led to her recent opinion on Twitter. On Wednesday, June 8, 2022, Rae took to her Twitter handle to share her view on mustaches.

She wrote, “I just can’t get into the mustache thing full time.”

While there were many people with different views on her take, one particular person was completely disagreeing with Rae’s opinion. And that is none other than Rae’s former boyfriend and fellow TikTok star Bryce Hall.

A little less than an hour after Rae made her tweet, Hall took to his Twitter handle and replied to his ex-girlfriend’s tweet. As for what he replied, he posted a picture of himself sporting the mustache he presently has alongside a confused look.

Soon after Hall made his response, his best friend Josh Richards started a bit of fun after seeing the interaction between the former lovers. He quote-tweeted and wrote, “Saw the opp and took it.”

Hall was quick to reply again as he replied to Richards and wrote, “But like, who doesn’t like the ‘stache?”

And while all that was happening, fans of Rae, Hall, and Richards seemed to enjoy all those interactions. Some were hoping that Rae would make a response as well. However, that hasn’t happened as of this writing.

Similarly, this isn’t the first time Hall has made fun of something about himself on the internet. Not long ago, he proudly flaunted a picture of himself after getting a mullet via his Instagram handle.

Furthermore, there was another fun interaction on the internet between the former couple after Hall stated that Rae was a “beaut” amid the release of the latter’s SnapChat series in March 2022.