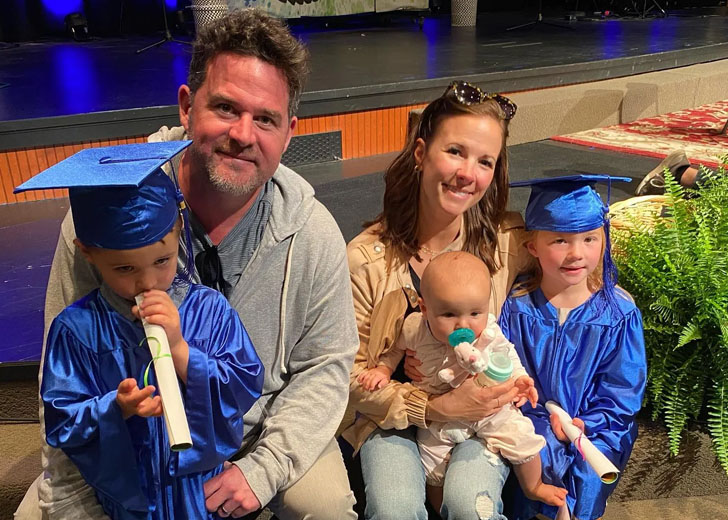 The couple shares three children together; however, it seems they might be keen on having a fourth one. In his interview with People Magazine in August 2022, Nail shed some light on the same topic. He said, “I usually defer to my wife since she has to carry the kid. I know we would like one more.”

“Catherine is so very protective of these embryos and so close to them. We have a trip out to California for a week in September, and we’re sort of thinking that maybe a month or so after that, we would go ahead and try for one more. We would love to have a summertime baby.”

As he went on, Nail hoped the fourth pregnancy period to be much easier than before. “The twins were so difficult to have. We waited so long, and it was such an emotional thing that I think we both at first were just so grateful to even have two kids. You almost feel guilty wanting more,” he added.

As mentioned earlier, the American country music performer shares a home with his wife and three kids. He became a father for the first time on December 12, 2015, when Werne gave birth to twins; a son named Lawson Brent Nail and a daughter named Lillian Catherine Nail. Around five years later, on October 19, 2020, the duo welcomed a baby girl named Ellie Britton.

Whenever his wife leaves town for a trip, Nail will spend hours trying his best to keep his kids busy. Since his kids were born, he has experienced and shared many memorable things with them. He said, “The children are growing faster than ever.” And these precious moments might have led the couple to think about having a fourth kid.

However, it hasn’t been an easy journey for the couple to become parents, a difficult journey about which Nail has been very frank in multiple of his interviews. He told People, “All of our kids are here via IVF. We had tried IVF in between the baby and the twins, and it wasn’t successful. And it’s weird because, obviously, it’s a God thing.”

“You can try to plan it, but obviously, you have really no control over if it will work or not. So yeah, we talk all the time about the one that wasn’t successful. What would they have been like? But then we think, what would we have done with babies so close in age?”

The pair have also discussed the events leading up to the days their children were born and the moments Werne found out she was pregnant. Furthermore, Nail acknowledged that he soon realized that his life had just altered for the better when Lawson and Lillian arrived.

Nail and Werne have been together for more than 13 years. They shared the wedding vows on June 6, 2009, in Franklin, Tennessee, after dating for an extended period.

The musician has previously claimed that he knew Werne was the one for him as soon as he met her. In fact, sometime after they started dating, he even went so far as to eagerly declare his intentions to her parents.

Over the years, Nail and Werne’s love has withstood many storms, including the country singer’s widely reported battle with depression. “She’s just been there. And there have been so many moments where I wouldn’t have blamed her for leaving,” adds Nail in an interview with The Boot.

The couple now lives a life full of joy and enjoyment with their children as Nail is seen posting photos of his wife and kids on his Instagram account.