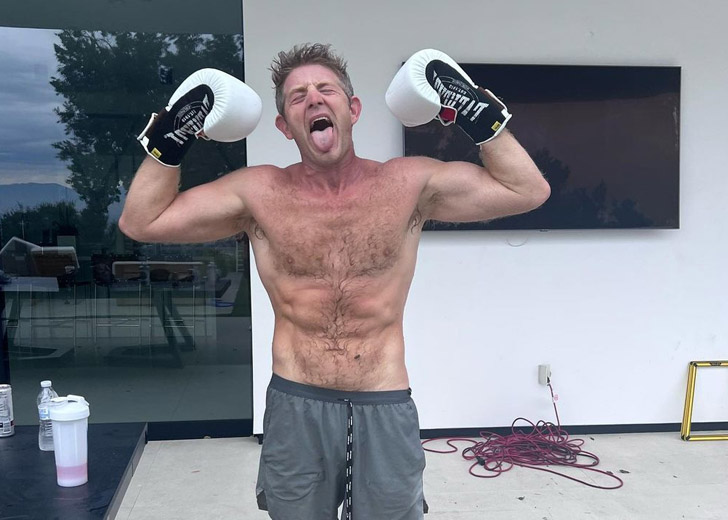 Jason Nash is a YouTuber, comedian, writer, actor, and director. He has a 20-year career in stand-up comedy and has created programs for Fox, NBC, Oxygen, and IFC. He also wrote and starred in Jason Nash is Married, FML, and Funny or Die Presents.

After collaborating on the film FML, Nash was discovered in a comedy club by David Dobrik in 2016. Dobrik is a YouTube sensation known for pioneering a new form of vlog-style videos that feature a succession of short skits within a single video.

Nash has since launched two YouTube channels: JasonNashComedy and JasonNashFamily. Dobrik and Nash premiered a podcast called Views by Digital Media on May 18, 2017, which is accessible on iTunes and Spotify. This is not Nash’s first podcast; he previously co-created the hugely popular podcast Guys With Feelings.

Apart from his successful career as a content creator, the YouTuber got famous after his tremendous weight loss journey, which he shared with his fans on his youtube.

In a recently posted YouTube video, Nash shared that he has struggled with weight and has successfully lost some weight. He said all his close friends were working out and getting in shape, so he wanted to.

The YouTuber also wanted to lose weight, but since he was getting older, he wanted to do it at his “own pace.” He mentioned that his bad choices led to that phase where he gained a lot of fat. “You know, I just was making bad choices,” she said in his video.

He said that around 2020, his hip started hurting, and when he visited a doctor, they said he needed a total hip replacement. “So that recovery was brutal,” he continued.

“So finally in 2021, I decided I need to get out of this rot, and I made a commitment to myself. I Started working out all the time even though my hip was still recovering.”

Jason Nash got his abs sculpted

Around ten months ago, Nash uploaded a video titled “HOW I GOT ABS!!” where he is seen getting his abs sculpted.

“It’s a new year, it’s a new me, you know I wanna compete with some of the other instagram models out there,” he said in his video. In many of his videos, Nash mentioned that he had a lean body and abs.

But since he is older now and had an on-and-off relationship with weights and his hip replacement surgery, Nash had not been able to lose further weight even after running and working out a lot, so he decided to get his abs to get sculpted.

He worked hard to give his abs a proper shape, and fans love his newfound health and abs. His shirtless picture showing his abs and body transformation has gone popular among his fans.

Nash was born on May 23, 1973, and is now 49. He stands 6 feet 2 inches tall and relocated to Los Angeles to pursue his ambition of becoming a professional comedian.

However, his vines helped him become a prominent YouTuber before launching a successful career as a professional comedian. His hard work has helped him amass a fortune. According to Celebrity Net Worth, Nash has an estimated net worth of around $1 million.