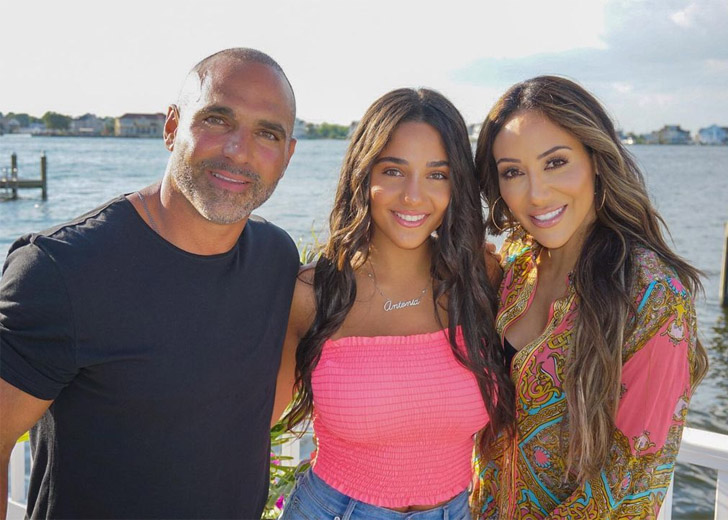 The husband of Melissa Gorga, a star of Real Housewives of New Jersey, Joe Gorga, is known to be a protective father, so it makes sense that his only daughter’s first boyfriend had to win his consent.

According to US Weekly, the Gorgas have three children: a daughter and two sons. Antonia Gorga, their 17 years old daughter, is a cheerleader and a senior in high school.

Joe discussed his daughter’s growth on his wife’s ‘On Display‘ podcast earlier this year in August 2022. He said, “She’s beautiful, she’s stunning, and I love her more and more as she gets older.”

Joe Gorga is not delighted about his teenage daughter dating

Antonia went to her junior prom in June 2022, where she was accompanied by a tall young man, as seen in photos posted by the RHONJ star Melissa on her instagram story. Melissa used her Instagram Story on June 1 to show Antonia getting “all glammed up.”

Joe spoke candidly about his 17-year-old daughter’s boyfriend in a November 2022 interview clip of the podcast ‘Chicks in the Office.’ Surprisingly, being the protective father he is, he said his daughter’s beau is actually a likable kid.

“He’s very nice,” the father said of Antonia’s boyfriend. “He’s actually a tall kid, like 6’4″ or something, plays football, nice kid,” he shared about the guy his daughter went to prom with and is supposedly dating.

Joe also recalled his first talk with Antonia’s boyfriend and said, “I’m sitting there looking at him like, and he’s trying to say, ‘Mr. Gorga, how are you?’ Anyway, I’m good, you know. It takes a minute because, you know, you’re like, ‘Are you touching my daughter?'”

“He just doesn’t get it,” the reality star told  US Weekly about her husband’s opinion on their daughter’s dating. “He just looks at us all cross-eyed, like, every time we talk about anything with Antonia and a boy.”

She continued, “The fact that she’s a sophomore. Hello? This is when it happens, and the sex talk happens. It’s just a real-life thing. He gasped for air; he can’t even say the word. It’s so ridiculous.”

Melissa added, “I’m like, ‘Joe, I don’t know what generation or world you think we’re living in, but you better, like, bring it together here because this is not how the world is right now.”

Apart from their daughter, Joe shares Gino, 13, and Joey, 10, with the Bravo’s reality star, who told US Weekly that parenting hasn’t gotten easier as their children have grown.

She expressed that she constantly worries about her grown daughter when she wants to go to a party. “She needs rides. ‘Are you in the car? Do you have your seatbelts on?’ It’s a whole different world,” the author shared her stresses.

Furthermore, the singer shared in July 2020 that her time to expand her family had “passed.”