Max Fosh is private about his personal life. 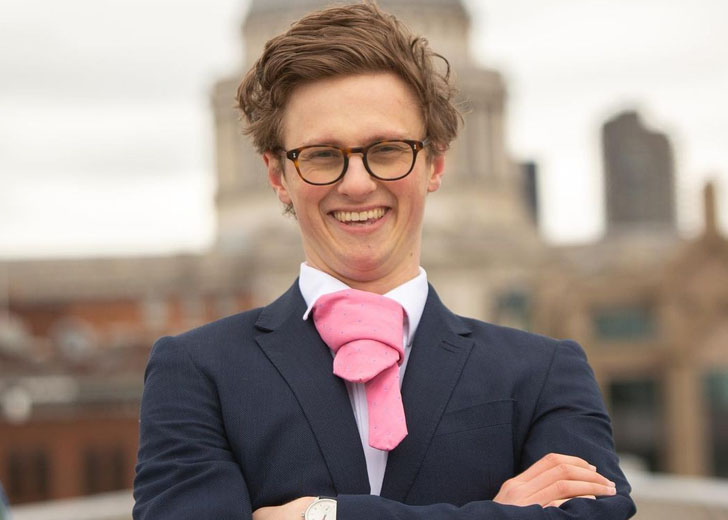 Max Fosh is a YouTube star from the United Kingdom who rose to prominence after he released his YouTube video where he beat Elon Musk, becoming the richest person in the world for 7 minutes.

After the video’s release in February 2022, public attention went to Fosh and his personal life, and many of his fans have been curious about his dating life.

Who Is Max Fosh? His Journey as a Public Figure

Max Fosh began his YouTube journey when he started his channel by the name “StreetSmart” back in 2017.

Through StreetSmart, Fosh was dedicated to interviewing university students and pedestrians on various social topics. As times changed, so did Fosh’s content on his channel as he began diversifying into the field of comedy and social experiments.

Alongside, he consummated his career in radio and even went on to win “Best Newcomer” in the 2017 National Hospital Radio Awards.

He currently has a subscriber count of 750 thousand and has roughly 106 thousand followers on his Instagram page.

Where Is Max Fosh From? His Early Life and Childhood

It is apparent from his accent that Fosh comes from Britain. Max Fosh was born Maximilian Arthur Fosh on April 3, 1995, in London.

He completed his high school education at Harrow School before attending Newcastle University. During his time in Newcastle, he started his YouTube channel and also began his career in radio.

Who Is Max Fosh’s Girlfriend? His Relationship Status and Dating Rumors

When it comes to personal life, Fosh likes to keep his business away from the public eye. The social media influencer frequently shares pictures of him hanging out with his colleagues and glimpses of his projects through Instagram and Twitter accounts, but he almost never brings up topics about his girlfriend or wife in the frame.

Despite his fans showing curiosity about his girlfriend, Fosh stays away from cameras pointing toward him in his private space and avoids rumors surrounding his personal life.

He was once suspected of having dated a woman named Serena Hughson as he frequently mentioned her on his social media posts, but he has never confronted this topic with his fans.

We know little about his relationship status, but sources believe that the YouTuber is single and without kids. Since Fosh keeps his personal life hushed, no one really knows what goes with him beyond his YouTube videos and social media posts.

Is Max Fosh Running for the Mayor?

Yes! Youtuber Fosh did run to become the Mayor of London in 2021. He announced his run for the mayoral election on March 12, 2021, and filmed an entire YouTube series while he ran his Mayoral campaign.

He had a small red Volkswagen emblazoned with a QR code to his campaign video that ran across the city. Fosh went on to post a video of his car pulling up next to his rival Laurence Fox’s big red battle bus emblazoned with an image of a gagged Winston Churchill.

Fosh also released his budget plan of $19 billion for development projects across the city of London. Unfortunately, he lost his Mayoral run to Sadiq Khan, who is now accountable for pan-London issues like transport, economic development, policing, civil defense and fire services, planning, and the environment.