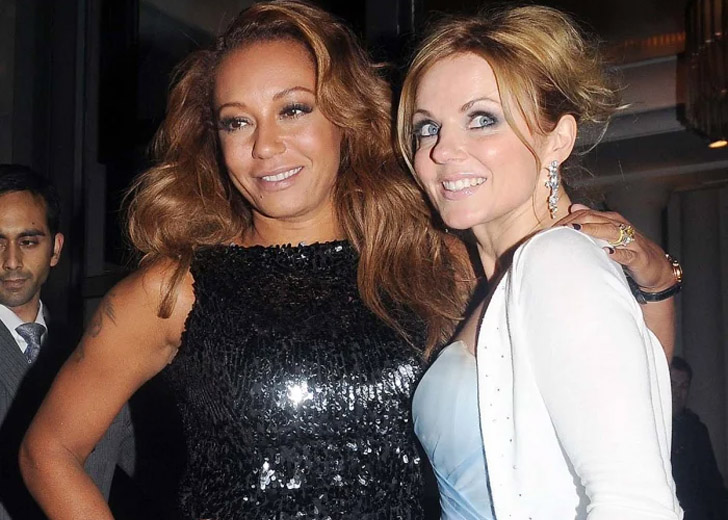 English singer and songwriter Melanie Brown is commonly known as Mel B. She recently made headlines after referring to her Spice Girls bandmate Geri Halliwell as one of the biggest d-kheads on a British talk show.

Mel B spilled some serious tea on The Big Narstie Show, calling out a few celebrities she doesn’t think are very nice. When asked who she thought was the biggest d-head celebrity she’d ever met, she named Geri Halliwell.

Along with Halliwell, the singer mentioned herself and a few other celebrities, including James Corden and Jessie J. The show’s host was shocked when Mel B mentioned her fellow Spice Girls bandmate, Halliwell.

But she seemed to have an explanation for saying that; while she adores Halliwell, she finds her really annoying. “I love her to bits, but she’s really [explicit] annoying,” she said.

Moreover, the singer stated that she chose Corden because of his recent feud with restaurateur Keith McNally. Mel B said, “I think you always have to be nice to the people that you work with whether it be production, camera guys, sound, lighting.”

“We all work for the same thing, so you should always be nice, and he hasn’t been very nice,” she added.

That said, Mel B is not the only celebrity with disdain for Corden. McNally, who is the owner of Balthazar, a New York City restaurant, claimed in October that the Corden was the most abusive customer he’d ever had.

He said, “James Corden is a Hugely gifted comedian, but a tiny Cretin of a man. And the most abusive customer to my Balthazar servers since the restaurant opened 25 years ago.”

After Mel B’s interview with The Big Narstie Show was posted on social media, many of her followers began to express their thoughts on her calling Halliwell the biggest d-khead.

Fans are both supportive and angry at Mel B for calling Geri Halliwell the biggest d-head. (Source: Instagram)

Likewise, some users supported the singer by writing, “Um the beef isn’t real guys, she also named herself.”

Furthermore, another person said, “Women always argue with each other. It’s normal. They cannot love them and can’t live without them. Strong personalities clash! It says alot though considering what happened with the men in Mel B’s life. Love to hate!”

Mel B was missing from Geri Halliwell’s 50th birthday party

On August 6, 2022, Halliwell celebrated her 50th birthday, staged by Spice Girls, to which many celebrities like Victoria Beckham, Emma Bunton, and Melanie Chisholm were invited. However, Mel B wasn’t there, leading to speculation that Halliwell did not invite her.

And this lined up with what Chisholm stated about the tension between Halliwell and Brown in her book The Sporty One. Chisholm had written, “Mel B had strong ideas as well, and they didn’t always align with Geri’s.”

“Neither of them was afraid to express how they felt, and tempers flared. Some of the girls were very confident and weren’t afraid to make their opinions heard (Mel B and Geri) and the rest of us were relatively quiet and happy to go with the flow (Emma, Victoria, and I).”

“Mel B and Geri could be very bossy and often Mel B would get frustrated with Geri doing a move or harmony wrong,” Chisholm further wrote in her book.

As a result, fans began commenting, with one social media user writing, “Mel B, if everyone else gets along and you’re the only one not being invited to the parties, then maybe it’s time to look in the mirror hun.”

All rumors were put to rest when it was revealed that the singer had recently gotten engaged to boyfriend Rory McPhee and was celebrating with him and her family at a Bonfire Night party, due to which she couldn’t attend Halliwell’s 50th birthday party.

David Beckham, also present at Halliwell’s birthday party, later posted some pictures of the ladies and even tagged Mel B in the caption, writing, “When the @spicegirls reunite for one night only (minus Scary Spice! @officialmelb we miss you!!) I love you.”