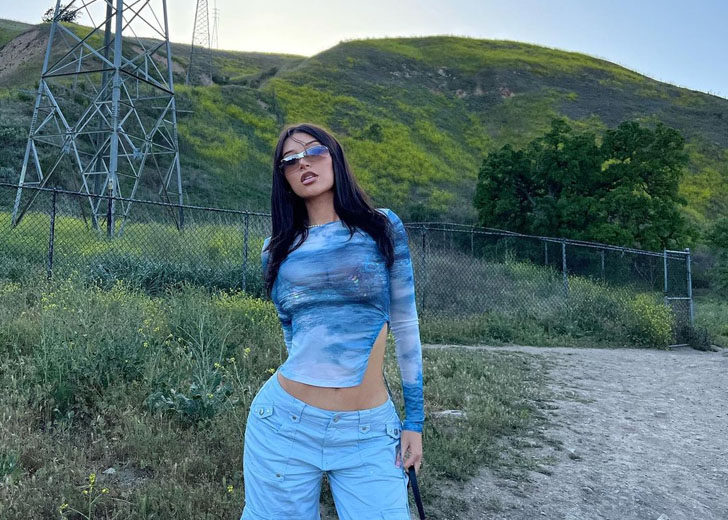 OnlyFans star Mikaela Testa might have a new boyfriend in her life, months after she parted ways with her longtime boyfriend, Atis Paul.

And the man in question is her ‘friend’ named Jack. The rumors of Testa’s alleged new relationship started after Jack made his appearance in her recent TikTok video.

In the video, the Aussie internet star was seen preparing fairy bread, an iconic Australian treat, for Jack, as the Singaporean has never tasted it. As the video continued, the supposed pair laughed and joked, with Jack struggling to eat the slice of bread that was topped with sprinkles.

“I am so sorry,” said Jack, to which Testa smiled and replied, “No, it’s fine.” The said TikTok video appeared to be wholesome as the friends shared some laughs and enjoyed the Australian treat. Besides, one fan commented that Jack looked “so beautiful compared to Atis.”

However, it also led some viewers to point out that Jack looked familiar to Testa’s ex-boyfriend, Paul. Additionally, some fans even jumped to the conclusion that the TikTok star has already moved on from her former partner.

For instance, one fan wrote, “You definitely have a type,” and another followed up by writing, “Wait is that Atis’ replacement?”

Furthermore, one user said, “Atis 2.0,” and another joked by commenting that “Atis respawned” as Jack.

As of this writing, it’s unclear whether or not Testa and Jack are dating. Thus, until anything is confirmed, it’s only fair to assume that the two are only good friends and are yet to take their friendship to another level.

As mentioned earlier, Testa was in a relationship with her now-former boyfriend, Paul. The two began dating in early 2019 and officially parted ways three years later, in May 2022. Their split was revealed in June 2022, and at that time, they told their well-wishers that it was a mutual breakup and there was no bad blood between them.

“I’ve been getting asked so much if Mik and I are still together. We love each other so much and decided to be friends now. Everything is perfect between us. We both agree it’s better that way,” Paul revealed during his Instagram Q&A session.

Later, the 22-year-old Aussie model shed some light on her split with Paul during an Instagram Q&A session. At first, she revealed what she would do to the tattoo of the letter “A” that she had inked on her arms as a tribute to her cryptocurrency investor beau.

She revealed that she would not remove the tattoo or cover it up and said she didn’t want to be in a relationship. “We will always be in love with each other. We never stopped. Nothing bad happened, it’s just life getting in the way, and certain things we want/need in life,” she added.

However, the bitter truth about their breakup appeared in June 2022 after Testa took to her TikTok handle to share a video where she ranted about how Paul dumped her after she tried to end things many times in the past.

Testa said, “You probably already know, but my boyfriend left me. And I was trying to leave him every single month for the past two years. And one day I was like, ‘This is it,’ and he never let me back, you guys. I was absolutely devastated. I thought my life was over.”

She continued by saying that because she had been with Atis for so long, they had “become one person.” Similarly, she added that she had previously experienced this with a boyfriend and relied on her friends to get over the dreadful feelings of desertion.

Ultimately, she used her platform to help other women who might be going through an exact situation or a terrible breakup. She asked her followers to choose themselves and not to with people that have hurt them. Furthermore, she told her followers that they were beautiful and were worth more than they realized.