Inside Natasia Demetriou and her family. 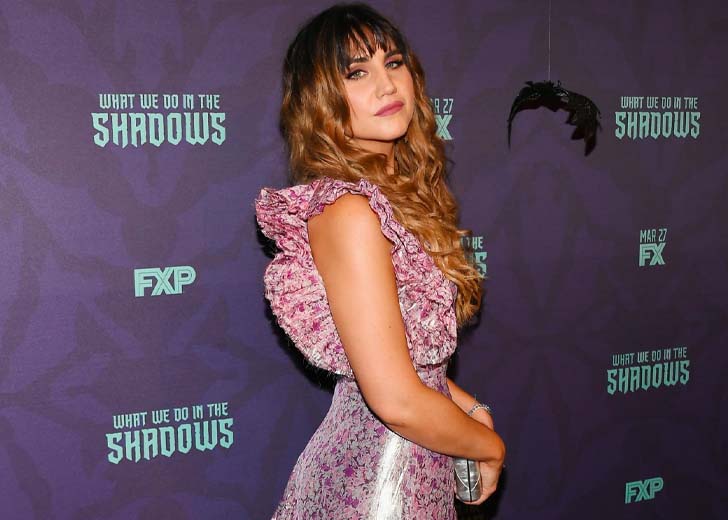 Natasia Demetriou, best known for her roles in What We Do in the Shadows and Stath Lets Flats, is an expert in making people laugh.

She has won and been nominated for a couple of awards as well. She made her debut almost a decade ago in 2014 with You’ll Never Have All of Me.

The show was critically acclaimed, and Demetriou bagged awards like the Skinny Debutant Award. While the show mainly revolves around the behind-the-scenes of putting up a show, she pays homage to her family —  her brother and parents —  via the show.

This way, the comedian blended her family with her career before she took off. Here is everything we know about them.

Demetriou is of mixed ethnicity —  she is half English and half Greek. She was born and raised in London by her Greek Cypriot father and English mother.

She grew up with her brother Jamie in North London. Both the Demetriou siblings are involved in the comedy industry and often collaborate.

Jamie is a comedian, actor, and screenwriter. He is best known for his role in the acclaimed comedy series Fleabag.

Similarly, he is renowned for co-writing, creating, and starring in Stath Lets Flats. He has various BAFTAs for the latter, including Best Writer of a Comedy, Best Scripted Comedy, and Best Male Actor in a Comedy.

Talking about Demetriou’s parents, it is reported that her father is a skilled cook and gourmet specialist. She rarely talks about her family and parents in her shows and interviews.

However, she gave a little sneak peek into her personal life in Thinking Out Loud. She discussed her parents’ impact on her love life with fellow comedians Stevie Martin, Mae Martin, and Sofie Hagen.

Natasia Demetriou included her parents and brother in her show. (Source: Twitter)

She revealed that her parents were different from Mae’s. She went on to say that her mom and dad lived together when they were not “actually together.”

She joked that seeing her parents hug was the weirdest thing that had happened to her regarding her family. So, it did not impact her love life at all.

Natasia Demetriou’s parents in her show

As said before, Demetriou included her parents and brother in her debut show, You’ll Never Have All of Me. She talked about them and her show in a 2014 interview with The Guardian.

Alongside comedians like Mae, the show featured her brother Jamie. Jamie has a cheesy supportive role in his sister’s debut.

Unlike her brother, Demetriou’s parents do not appear on the show. However, they are there in the form of video snippets, pictures, and phone numbers.

For instance, there are childhood snaps of the comedian and photos of her dog. Similarly, there is a film of her father trying to tell a joke, however unsuccessful.

In the end, her parents’ phone number appears on the screen. She told the Guardian, “These are the things I’m surrounded by. ‘Do I’ll do some comedy about my dog.