Who Is Rafael Reyes? A Look at His World of Art and Music

Inside Rafael Reyes's world of art and music. 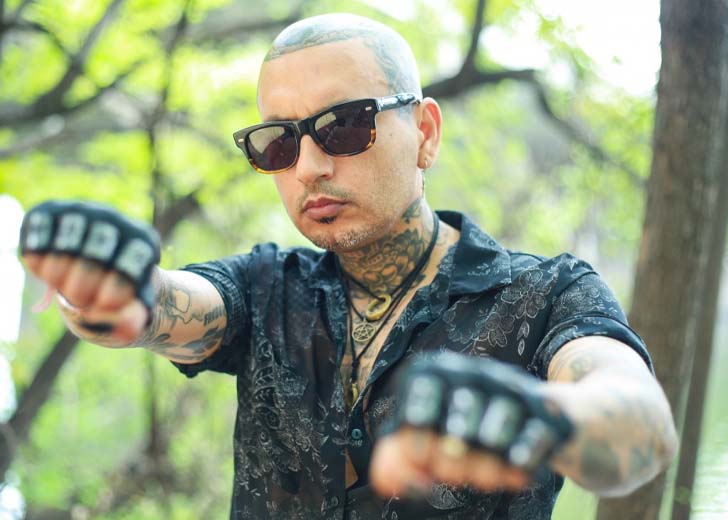 Rafael Reyes, also known as Leafar Seyer, is an American artist, author, and musician. He is credited with creating the Cholo Goth musical subgenre, which lyrically examines the realities of gang and street life.

According to his official website, Prayers’ songs are created to be enjoyed and seek a sense of freedom, giving a safe haven for everybody who takes enjoyment in shattering all kinds of prejudices through music.

Reyes was born on August 2, 1975. As of 2022, he is 47 years old. He was smuggled to the US from his native Mexico and was granted amnesty under the Reagan administration.

To help protect his family, he joined the Sherman 27th Street Grant Hill Park gang as a teenager. The artist spent his adolescence and adulthood as an active gang member and graffiti artist.

The artist eventually wrote and published Living Dangerously, a novel that details his time as a gang member in 2011.

He sold Pokéz to his younger brother after running the restaurant for eighteen years and following the passing of his father.

A look at Rafael Reyes’ world of music & art

Reyes started his first band, Baptism of Thieves, in 2011 in search of a more direct method of interacting with a crowd. Later, he also founded his second band, Vampire.

After both bands disbanded, he established Prayers with Dave Parley, a Tijuana native with an intention to foster a sense of freedom, providing a haven for anyone who finds joy in using music to dispel all kinds of preconceptions.

In 2013, Prayers released their debut album SD KILLWAVE, with two videos, ‘From Dog to God’ and ‘Ready to Bleed.’ Later, they released an EP, Gothic Summer,’ in mid-2014.

Prayers’ ‘Gothic Summer,’ the first single off their debut EP, was released in May 2014. Reyes directed the video for the song, which won the 2015 San Diego Film Festival Award for Best Music Video.

The musician also started concentrating on his art, which he displayed in San Diego. Since then, he has displayed alongside John Fleck and John Roecker at Coagula Curatorial in Los Angeles.

Reyes founded and later left Diamond Dogs to support young men seeking an escape from gang life. The Diamond Dogs is a group of former gang members with a passion for art and music that provides emotional and artistic support.

Reyes’ sculpture, Southland, debuted in the Lancaster Museum of Art and History (MOAH) exhibition ‘Dark Progressivism: The Built Environment,’ which ran from November 22, 2017, to January 2018.

On February 24, 2018, The Pain Isn’t Over, Reyes’s first solo exhibition in downtown Los Angeles, offered viewers a glimpse into his mysterious and entrancing psyche.

Likewise, the author also had done tattoo art in the past. One of the tattoos on his neck was of the right-facing clockwise symbol, also called Swastika, and was inspired by what the sign meant.

The symbol represented many things – the seasons, like winter, spring, summer, and fall. It’s a symbol of the sun and is also used as a compass.

Reyes tattooed the symbol on his throat because the Buddha has it on his throat, and it is because he speaks the truth, and that’s what he does, he explained to Remezcla.