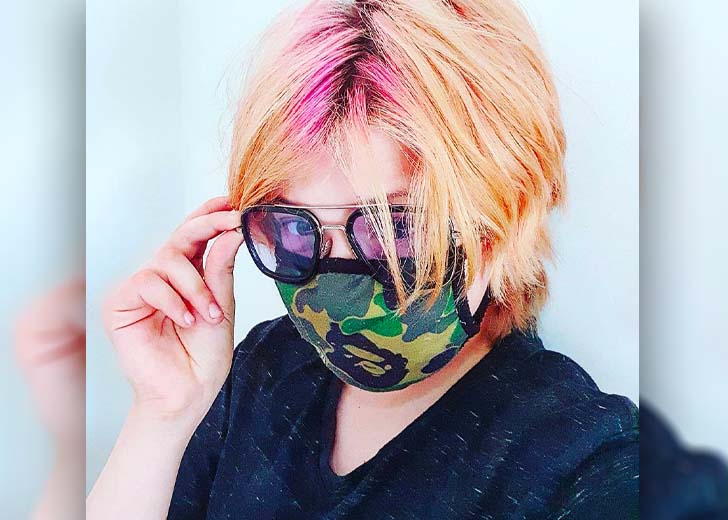 Ree Kid or Reekid is an internet personality who gained the limelight through his gaming content on YouTube and Twitch channel. To be more precise, he gained fame around late 2019-early 2020 after a video of him making the “reeeee” sound went viral.

Since becoming known to thousands of game lovers, he has collaborated with many gaming streamers, particularly with members of The Boys that including JoshDub, Mully, EddieVR, Your Narrator, and Juicy.

Thanks to his content, he has gained over 1.24 million subscribers and 26 million views on his YouTube channel. Similarly, he has garnered more than 287,000 and 257,000 followers on his Twitch channel and Instagram handle, respectively.

Talking more about Ree Kid, he is an Australian gaming YouTuber and Twitch streamer who gained fame through his content. Initially, he was only available on Twitch, but he joined YouTube later in October 2019.

As per his YouTube Fandom page, he was born in 2006, making him 15 years of age as of this writing. He celebrates his birthday every year on June 15. And as per his date of birth, his zodiac sign is Gemini. Additionally, the Fandom page has reported that he is presently residing in South Coast, New South Wales.

Now coming over to Ree Kid’s face, and if he has done a face reveal or not, the answer is yes. He hasn’t hidden his face in most of his videos, excluding his initial videos where he was hiding his face.

Besides, his appearance might be one of the recognizable ones as he has long blonde-colored hair. Furthermore, his voice is also quite recognizable thanks to his Australian accent.

Is Ree Kid his real name?

Over the years, people have doubted whether Ree Kid is the gamer’s real name or not. And it seems like it isn’t.

In one of his videos, Ree Kid mentioned that his real name starts with the alphabet “A.” Similarly, as he previously had an online username called Antornth, many started guessing if his real name is Antornth or the first three letters of the username; Ant.

However, in one of the unlisted videos shared by a YouTube channel named Steel Amulet, the description stated that Ree Kid’s real life is Anton. The description read, “Anton gives y’all a Tour around the Town in A Township Tale.”

But, in the comment section of his Fandom page, many have claimed that they have found Ree Kid’s real name and it’s not Anton. They also added that they will not say his real name.

“Was told in a Pavlov lobby who he is. Not gonna say for privacy reasons in case it’s true. All I’m gonna say is that he was apparently at reekids school till he dropped out,” another person had commented.

Besides that, there are no further details known about him such as his surname. It’s so because the Twitch streamer is yet to reveal his family details; such as his parents or if he has any siblings or not.

Does Ree Kid have a girlfriend? Talks over his gender

Like his name, many people have wondered if Ree Kid is male or female. There were a few questions about his real gender on his Fandom page as well.

One user had asked, “Are we sure Reekid isn’t a girl?” In reply, another user had said, “I think he’s trans. But possibly he just appears more feminine.”

However, another user disagreed with the answer as they wrote, “Ree kid is 100% a male.” Besides that, they also mentioned that Ree Kid has a girlfriend as well.

So, if that’s true, then do we know who is his girlfriend? Sadly, the answer is no. It’s so because Ree Kid has maintained full privacy around family as well as personal life.

How much is Ree Kid’s net worth?

Ree Kid has gained a healthy number of viewers over his Twitch and YouTube channel. However, the details about his earnings and net worth presently remain unknown.