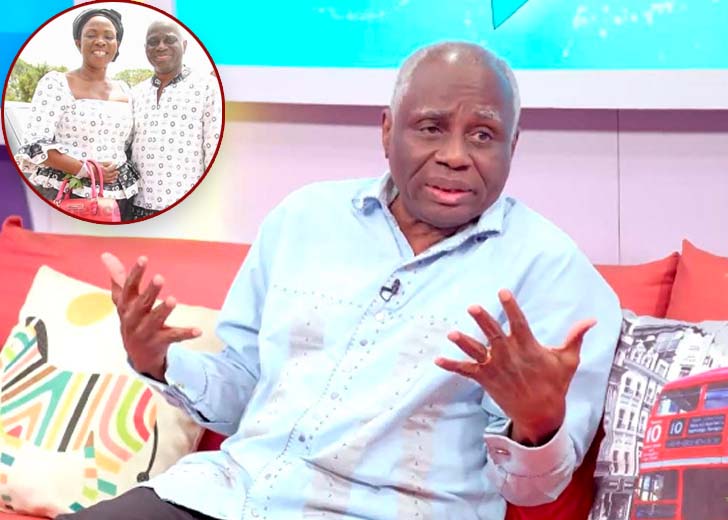 Tsatsu Tsikata is a lawyer and professor from Ghana. He was once the Ghana National Petroleum Corporation’s Chief Executive.

Tsikata is a prominent member and legal advisor of the National Democratic Congress. He is also recognized as one of the party’s top officials.

He was born in Keta, a town in Ghana’s southern Volta Region. However, he was raised in Adabraka, a suburb of Accra, the nation of Ghana’s capital.

Who is Tsatsu Tsikata’s wife?

Tsikata’s wife is Esther Cobbah, who has over 30 years of expertise in business communications.

Cobbah was born in Sekondi, in Ghana’s Western Region, to a postal father and a homemaker/businesswoman mother.

She earned a degree from Cornell University after graduating from the University of Ghana, Legon. She once held the title of International Rotary Scholar.

She has won several honors from various organizations and groups, including Media Entrepreneur of the Year in 2010. She received the Marketing Woman of the Year Award from the Chartered Institute of Marketing Ghana in 2012, and at the 2013 Ghana Women’s Awards, she was named Outstanding Corporate Woman of the Year.

Tsikata has three children with his wife. M.anifest, a renowned Ghanaian artist, is one of his kids.

Kwame Ametepee Tsikata, better known by his stage name M.anifest, is a Ghanaian rapper and record producer who was born on November 20, 1982.

At the 2017 Ghana Music Awards, M.anifest received numerous awards, including Best Rapper and Hip-Hop Song of the Year. He has also mentored a lot of up-and-coming artists. He has collaborated on projects with artists including Erykah Badu, Flea, Tony Allen, and Damon Albarn.

He received a Bachelor of Arts in economics from Macalester College in the United States. At the SOS-Hermann Gmeiner International College in Tema, Accra, Ghana, he completed his high school studies.

Why did Tsatsu Tsikata go to jail?

Former Ghana National Petroleum Corporation CEO, Tsikata provided a vivid narrative of the events that led to his five-year detention on a charge of knowingly imposing economic damage to the state during the previous John Agyekum Kufuor administration.

Tsikata was accused of misusing public property and three charges of willfully inflicting a financial loss of GH 230,000 (2.3 billion old Ghana cedis) to the State through a loan he guaranteed for Valley Farms, a private firm, on behalf of GNPC.

He was found guilty on all four counts, and each conviction carried a concurrent five-year sentence. Tsatsu, a lawyer, appeared in court without Professor Emmanuel Victor Oware Dankwa, who he said was out of town for the hearing. Therefore, he asked the court for an adjournment.

But since he was a lawyer, Judge asked him to represent himself. After the verdict, he gave notice that he was going to request bail and file an appeal against his conviction and punishment. He then took some time to file his appeal paperwork at the court registry.