Is the actor doing well? 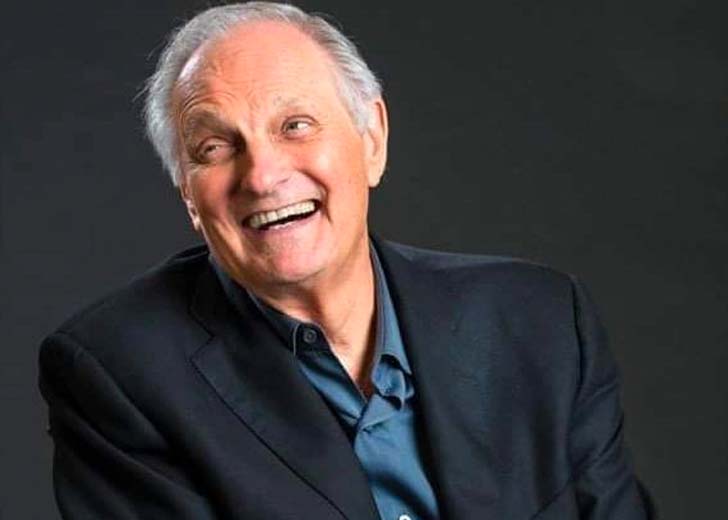 Veteran American actor Alan Alda started his acting career in 1958 and went on to star in numerous movies and TV shows. And for his performances, he bagged six Emmy Awards and Golden Globe Award, in addition to one Academy Award nomination.

Among his several acting gigs, the actor gained the most fame for his portrayal of Hawkeye Pierce in the show M*A*S*H. He appeared on the show from 1972 to 1983 for a total of 251 episodes.

However, now that Alda has started aging, he hasn’t been a part of the entertainment industry like he used to be. This led some people to wonder if the actor was still well and alive.

Contradicting some opinions, Alan Alda is still healthy, alive, and doing well. However, that might not be as surprising to many who have kept tabs on what the actor has been up to recently.

Speaking of his acting career in recent times, he appeared as Solomon Waltzer in the TV show The Good Fight from 2018 to 2019. Similarly, in 2019, he shared the screen alongside Scarlett Johansson and Adam Driver in the hit movie Marriage Story — Alda played the role of Bert Spitz.

Alan Alda has been hosting podcast since 2018

Besides doing some movies and TV shows, Alda has been hosting his podcast titled Clear+Vivid with Alan Alda. And he has been doing this since 2018, that too, for a good cause.

Since starting his podcast, he has invited multiple talented authors, artists, scientists, and other people to be his guest. And the ever-curious actor starts the conversation on a topic and learns what his guests have to say.

As for why he has been doing this in his mid-80s, he told The New Yorker that it’s all to help the Alan Alda Center for Communicating Science, a center he started at Stony Brook University in 2009 — he even worked at the place as a visiting professor in 2010.

In addition, he mentioned to the outlet that whatever income he was earning from the podcast would be directly donated to the center to help scientists get better training and be better science communicators.

Alda’s daughter, Eve Alda Coffey, also told The Washington Post in March 2020 that her father is working “harder now than ever before.”

Now that the actor’s daughter is mentioned let’s talk briefly about his personal life. Alda has been married to his longtime wife, Arlene Alda. They shared the wedding vows on March 15, 1957, and are currently residing in New York.

From his marriage to Arlene, the Fordham University graduate is a father to three children – all of whom are daughters – named Beatrice Alda, Eve Alda, and Elizabeth Alda. As of May 2020, it was reported that the actor is also a grandfather to seven grandchildren.

Does Alan Alda have Parkinson’s disease?

Although Alda might be doing well now, he has had a fair share of illnesses in his lifetime. And one of them is Parkinson’s disease — “a brain disorder that causes unintended or uncontrollable movements.”

The Four Seasons director was first diagnosed with Parkinson’s disease in early 2015 but kept everything about it hidden from the outside world. That was until July 2018, when he opened up about the condition during an interview with CBS This Morning.

In the interview, he opened up about the moment he suspected he might have Parkinson’s disease. He recalled an incident from several years ago where he had acted out his dream and then mentioned that he had read acting out of dream was one of the symptoms of Parkinson’s disease.

The 86-year-old actor said, “I was having a dream that someone was attacking me, and I threw a sack of potatoes at them. But what I was really doing was throwing a pillow at my wife.”

After that incident, he went to a neurologist and had his brain scanned. The doctor’s report confirmed that Alda was diagnosed with Parkinson’s disease. And immediately after that, the actor started to exercise.

In the interview, he mentioned that doing nothing wasn’t an option for him and that exercise could help a person hold off or fight against the worst symptoms of Parkinson’s disease.

Is Griffin Gluck Dating a Girlfriend? Know His Love Life in 2023