Angela Sarafyan discovered that embracing oneself was more important than blending one's personality with others. 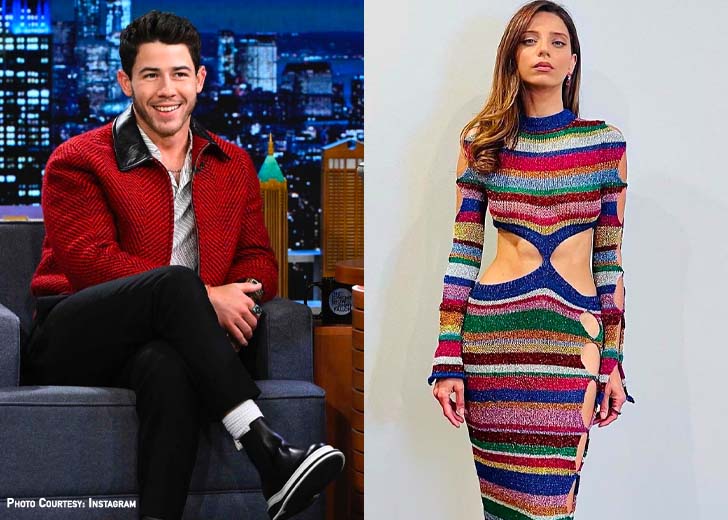 Angela Sarafyan, best known for her role on HBO’s Westworld as Clementine Pennyfeather, was rumored to be dating Nick Jonas in 2018.

Sarafyan and Jonas first met through their mutual friends. They spent a lot of time together since they met. A few months later, in October 2018, OK Magazine reported that the two were taking their relationship seriously.

The singer didn’t seem to mind the nine-year age difference, revealing in a 2016 interview with Elle UK that he is of a specific type. He also stated that he was drawn to strong, intelligent women.

Along with millions of teen girls, Jonas’s ex-girlfriend, Delta Goodrem, was unhappy about the hot romance. However, Jonas and Sarafyan did not commented on the rumors, so it was unclear whether they dated or were just friends.

Later, when Jonas wed Indian actress Priyanka Chopra in December 2018, the rumors surrounding Jonas and Sarafyan’s relationship were buried. Jonas and Chopra have a happy relationship and have welcomed a child through surrogacy.

Who is Angela Sarafyan’s boyfriend?

Sarafyan appears to be single in 2022. In March 2021, she tweeted that she does not believe in finding the right husband or boyfriend but rather in being the right person first.

Similarly, there is no presence of a partner on the social media handle, and she has only posted images related to her profession. She has, however, been linked with top Hollywood celebrities throughout her career, leading to several dating rumors in the past.

Furthermore, there has been no news of the actress marrying a husband in the past. To summarize, her personal life is a mystery. She discovered that embracing oneself was more important than blending one’s personality with others.

Although Sarafyan is currently single, she was previously linked to American actor Rami Malek.

The rumor spread after the two collaborated on the fifth installment of The Twilight Saga film series, The Twilight Saga: Breaking Dawn-Part 2. In the film, Malek played an Egyptian vampire named Benjamin, while Sarafyan played Benjamin’s love interest, Tia. Their chemistry in the movie and during its promotion was fantastic.

There were even photos of them holding hands, which delighted their fans worldwide. Neither party, however, acknowledged the rumors. As a result, it appears that the speculation was false. Sarafyan and Malek were not in a relationship and were simply good friends.

Malek is currently in a relationship with Lucy Boynton. The couple recently appeared in London at the Wimbledon Tennis Championships on day 12 at the All England Lawn Tennis and Croquet Club.

Apart from these rumors, the Run and Gun actress has not been linked to anyone else. Furthermore, there have been no reports of her dating or having an ex-boyfriend in the past.

Given all of this, it is safe to say that Sarafyan has kept her love life details to herself, whether she has a love interest now or has had someone in the past. For the time being, she is enjoying her single status and focusing on her career.