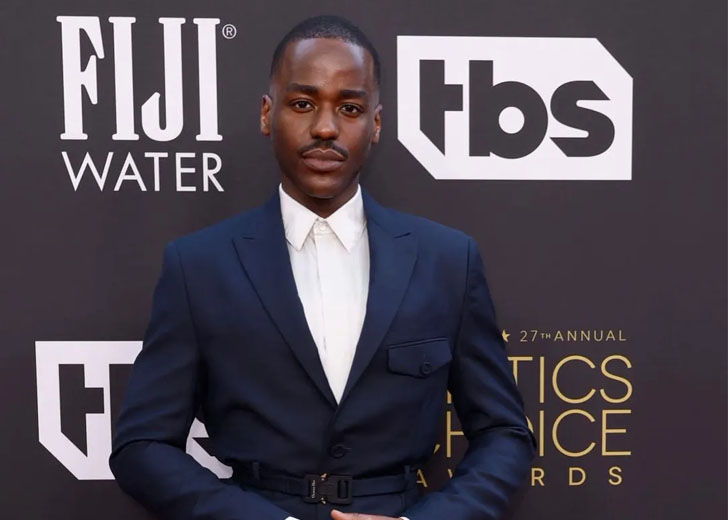 Ncuti Gatwa is a Scottish-Rwandan actor who gained notoriety as Eric Effiong on the Netflix comedy-drama series Sex Education. For his performance, he won a BAFTA Scotland Award for Best Actor in Television and got three nominations for BAFTA Television Award for Male Performance in a Comedy Programme.

In 2022, he added another accolade to his name after he was named the fourteenth incarnation of the Doctor on the hit BBC series Doctor Who. This made him the first black actor to portray the role.

Gatwa, who replaced Jodie Whittaker in the role of the show’s titular character, The Doctor, in Doctor Who, was reported to have been cast on May 8, 2022. He’s slated to take over in the third and last 2022 specials, which will premiere in October 2022.

Gatwa has portrayed the character of a gay man, Eric, in Netflix’s Sex Education. In the show, his character is outspokenly gay, flamboyant, and falls madly in love with the school bully Adam Groff.

And as casting directors nowadays tend to cast gay people to portray gay characters in any movie or TV show, it led some people to wonder if the actor is gay in real life. Not only that, but his fashion sense also led some people online to believe that he is gay.

But what added fuel to the fire was an interview of Doctor Who showrunner Russell T Davies in July 2022. In the interview, Davies talked about many things, and when he touched on the topic of Gatwa as the new Doctor in Doctor Who, he said;

“I got to meet and interact with him [Gatwa] a bit, and he is glorious. He’ll be the first gay Doctor, which is going to be super cool, a sexier Doctor.”

Russel T Davis’ comment while talking about Ncuti Gatwa’s version of the Doctor in Doctor Who (Photo: Twitter)

So, is there any truth to the gossip? Is Gatwa gay? The answer is no, for now, as the 29-year-old actor has never come out in the open. In his interviews with The Guardian and Independent in early 2020, Gatwa seemingly avoided the topic of his sexuality. Besides, he told The Guardian that he would rather not discuss his personal life.

Nonetheless, he did say that he hoped that his character Eric would help many people. During his interview with Indie Wire, he talked about the significance of his character and said, “It matters, I hope, that other little black boys around the world can be like — ‘Oh, Eric is like this, and it’s cool.'”

Is Ncuti Gatwa dating someone?

Gatwa seems to be single as of this writing. The actor is very private regarding his love life and thus hasn’t shared many details. Additionally, his Instagram account does not show any signs of a significant other, and from what is known about him, he is now single.

Ncuti Gatwa during his photoshoot for Attitude Magazine (Source: Twitter)

Although he appears single now, the same couldn’t be said about his past love life. As per Elle Australia, he once dated a woman named Jessica Hardwick. The outlet also mentioned that they had been seeing each other for several months.

Hardwick is a London-based photographer who has worked with several famous people. As for their relationship, neither of them has publicly acknowledged being in a romantic relationship. However, Gatwa had posted a cute-looking selfie with his beau in 2018.

Furthermore, Gatwa has also talked about Hardwick in one of his interviews. He said, “Jess made me quite comfortable, and I got a good selection of images.” This particular comment reinforced the notion that they were dating.