Are Ali Abdaal and Sheen Gurrib dating? or are they married? 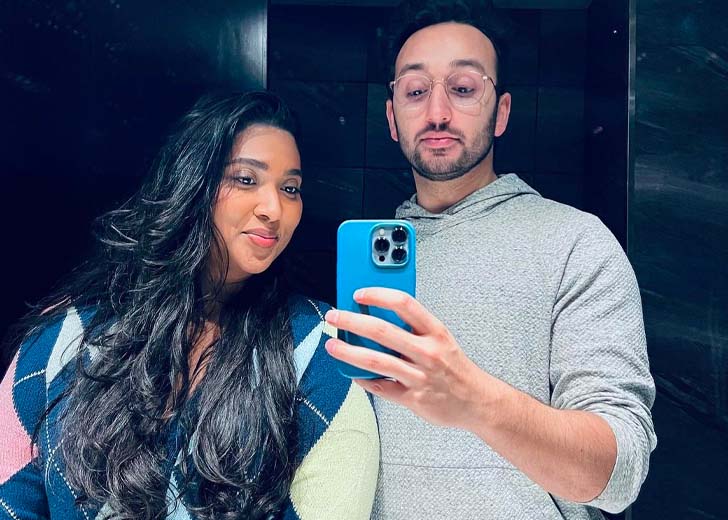 Ali Abdaal is a YouTuber, podcaster, writer, and ex-doctor based in London who has amassed over a million fans on his YouTube channel.

Most of his videos are based on self-help and strategies that would help his audience to live happier lives. He often shares productivity tips and practical advice on his videos, podcast, and blog.

He sometimes makes videos with his friend, Sheen Gurrib. Many believe that the two are actually dating and that Gurrib is Abdaal’s girlfriend.

Moreover, many people question — “Are Ali Abdaal and Sheen Gurrib married?” Similarly, many are under the notion that as of 2022 now, the couple has gone through a breakup and is no longer together.

So what is the truth? Here is everything we know about Abdaal and Gurrib’s relationship.

Looking at the comments under Abdaal’s videos, one might suspect that Gurrib is his girlfriend. Furthermore, Abdaal has click-baited a couple of times, hinting that they are dating and sometimes implying that they have gone through a breakup.

Regardless, the YouTuber always mentions that Gurrib is his housemate and nothing more. The speculation about marriage might have arisen from a tweet Abdaal wrote in November 2020.

He revealed that he had female roommates for over two years and how they always made dinner together. Similarly, he opened up about talking with one another in the morning but doing their things without interacting.

He then asked if married couples or people in a relationship act similarly. On September 2021, Abdaal uploaded a YouTube video titled, ‘We broke up…’

This led many to believe that the pair split. However, that was not the case.

Instead, it was Gurrib moving to Dubai and leaving home she shared with Abdaal. The video was a Q/A style where they answered questions like “Is Sheen your lobster?” and “Is this a breakup?”

Regardless of the questions and click baits, Abdaal and Gurrib maintained a friendly relationship —  revealing that they are not dating and are simply good friends.

This is not the only time they have focused on their friendship. For instance, in a video titled ‘Final and emotional Q&A with @Ali Abdaal’ posted by Gurrib, the duo mention that they do not have a marriage pact.

All in all, the two are nothing more than good friends, and their relationship does not exceed the boundaries of friendship.

Who is Ali Abdaal?

Abdaal is a co-founder of 6med, a YouTuber, and a podcaster. He is well known for his videos on his channel on YouTube that discusses productivity-related topics and tactics for studying and revising.

Abdaal co-founded 6med in 2013, a website that offers a variety of courses to prospective medical students, from aid with UCAS personal statements and university interview preparation to help with the BioMedical Admissions Test (BMAT) and University Clinical Aptitude Test (UCAT).

Many speculate that Ali Abdaal and Sheen Gurrib were dating and later went through a breakup. (Source: Instagram)

After being dissatisfied with the caliber of the then-available courses, the original goal of 6med was to produce high-caliber studies for less money than what was offered.

In order to capture the experience and journey of becoming a medical student in the UK, Abdaal began uploading videos to his channel Ali Abdaal on YouTube in 2016. At first, he posted a combination of musical and educational content.

From there, he began creating educational materials about the best ways to study for tests. In 2018, his video on this topic became his first to achieve 1 million views.

He continues to produce instructional videos on subjects like productivity and revision in addition to the occasional technology-focused video. In addition, Abdaal launched the Not Overthinking podcast in March 2019, which he co-hosts with his brother Taimur and sporadic guests.

It covers a wide range of subjects, with each episode concentrating on a distinct issue or idea.