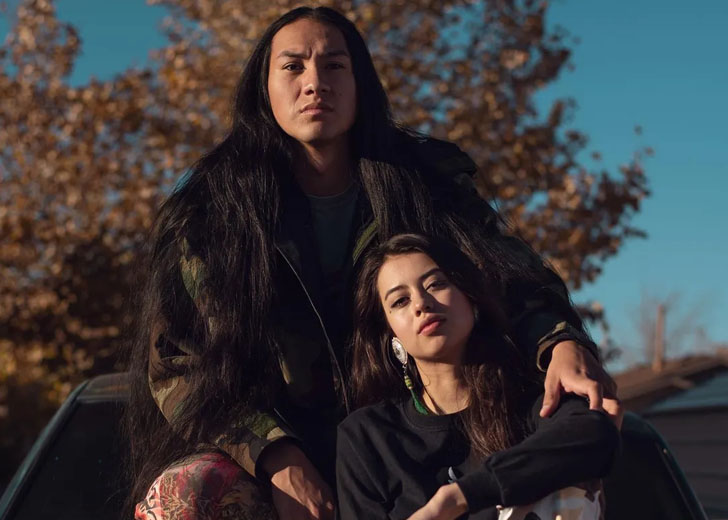 Amber Midthunder and her boyfriend, River Thomas, are head over heels in love with each other. And their social media posts can easily prove it.

Most recently, on August 6, 2022, Thomas posted multiple pictures, most of which were with Midthunder, through his Instagram handle. Some of the images were from the duo’s attendance at the premiere of the Hulu movie Prey, whereas some were snaps and clips from the same movie’s location.

Similarly, on 2022 Valentine’s Day, Thomas took to his Instagram handle to share a series of pictures taken alongside Midthunder throughout their relationship. Much like those photos, the caption of the post was also cute.

He had written, “You’re the best Valentine a man could ask for,” with a red heart emoji at the end. To speak a little about some of the pictures, in one of them, the couple is seen posing on a bridge in front of a sign that reads “Toronto” and has a Canadian flag next to it.

In another picture, Midthunder was riding on Thomas’ back. Furthermore, one of the photos seemed majestic as the love birds stood in front of a huge waterfall, that too during nighttime.

Moments after those adorable images were posted, fans took to the comment section to express their feelings and say that they loved the pictures. One Instagram user wrote, “ I love these what a wicked souvenir to bring home from Canada.”

Their fans wanted them to have fun and enjoy different places in Canada as another fan commented, “No way! Welcome to Toronto!  Don’t forget to check out the island, nice city views from there”.

In another instance, the Prey star posted some lovely images with her boyfriend on October 10, 2021. Most of those pictures seemed to be clicked when the duo was in Toronto, Canada. Midthunder kept her caption simple by writing, “Like ya lots.”

After that, the actress featured her boyfriend on December 9, 2021, when she shared two pictures that served as advertising for the clothing company Products of My Environment. In those pictures, the two are standing together on top of a car with spray paint bottles in their hands.

Since that day, Midthunder hasn’t featured Thomas on her Instagram handle. But Thomas’ Instagram handle gives us the idea that the couple is still together and their relationship is going strong. As of this writing, there have been no reports of their engagement or marriage. For now, they might relish the days as boyfriend and girlfriend.

Midthunder and Thomas have now been together for a while. However, it remains unknown when and how they got to know each other. Additionally, they haven’t shed any details on when they officially began dating. It seems like the couple has opted to keep the details of their togetherness private.