All about Amelia Heinle relationship with producer Thad Luckinbill. 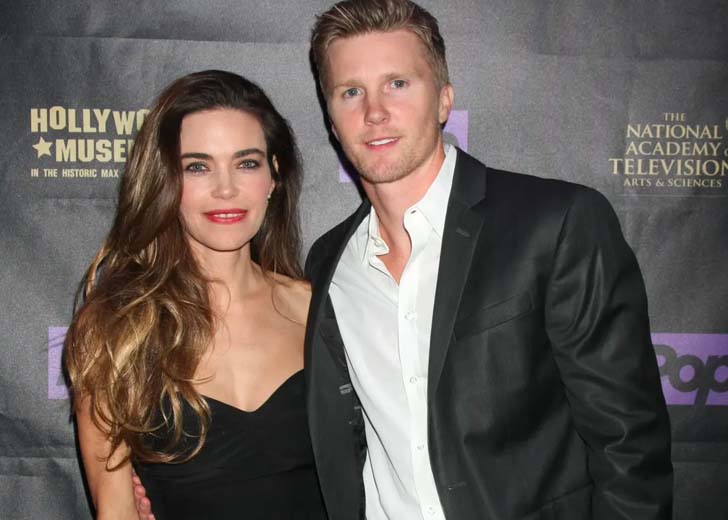 Amelia March Heinle, famously known as Amelia Heinle, is an American actress known for her role in The Young and the Restless, The Limey, and Loving.

In 2014 and 2015, Heinle won two Daytime Emmy Awards for her work as Victoria Newman in The Young and the Restless.

Over her two-decade-long acting career, she has also appeared in some television movies like Quicksilver Highway, Black Cat Run, Purgatory, and Earth vs. the Spider.

Heinle and Thad Luckinbill separated on March 1, 2017, alleging “irreconcilable issues.” By that time, he had switched from performing to producing movies, and his name appeared as one of the producers in the Oscar-nominated film La La Land.

It was interesting to note that Luckinbill made a splashy comeback to The Young and the Restless around the time their breakup was revealed.

Heinle, who portrayed Victoria Newman as the lead character on the popular CBS soap opera, started dating Luckinbill when he was portraying JT Hellstrom on the program from 1999 to 2010. The marriage took place in March 2007.

The producer of La La Land asked the court to “hold for future determination the issue of spousal support,” according to the filing. She also asked for joint custody of the kids.

Even though the pair divorced more than five years ago, the couple continued to collaborate on the show during that time. No media outlet has ever reported that their divorce is final, although Soaps.com referred to Luckinbill as Heinle’s ex-husband in 2020.

The actress also wished her ex-husband a happy birthday on Instagram that year. “Happy birthday to a truly amazing man, and may you have many more! #birthdayboy @thad.luckinbill.”

She annotated a picture of Luckinbill on the sand, indicating that the two were on friendly terms.

Michael Manning Weatherly Jr, famously known as Michael Weatherly, met Heinle on The Loving set, where the two tied the knot in 1995 and welcomed a son a year later, but split in 1997.

Weatherly, who later starred in NCIS and Bull, conceded that it was a difficult period for everyone. He was working in Los Angeles, while Heinle returned to New York and landed a role on All My Children.

“I was 27 and couldn’t take care of myself, but I had to feed others and put a roof over their heads,” Weatherly explained.

He continued, “It’s a difficult situation for a child. Particularly if one of your parents lives on the other side of the nation.”

Weatherly is an American actor, producer, director, and musician, known for playing the roles of Anthony DiNozzo in the television series NCIS and Logan Cale in Dark Angel.