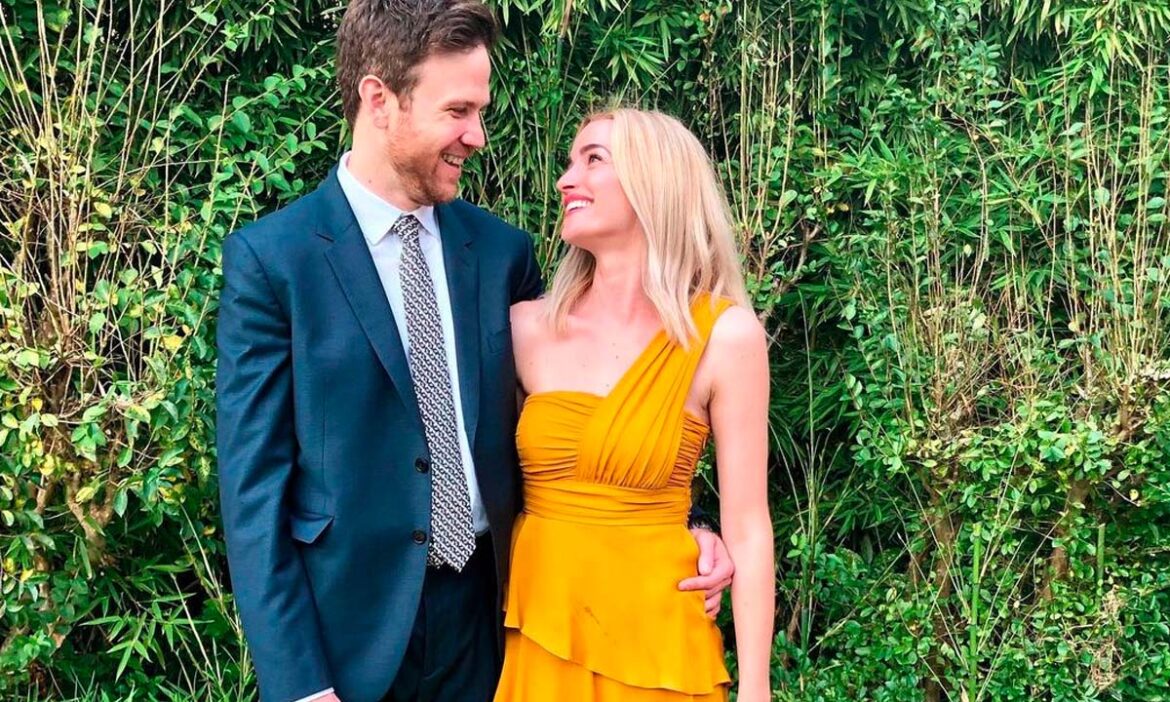 In 2021, a lot of celebrities got married to their significant others. One of them was Ginny & Georgia star Brianne Howey.

After dating for a couple of years, Howey tied the knot with her husband, Matt Ziering. Since Ziering is not a celebrity, many people do not know about him.

Naturally, they have been curious about who he is and what he does, alongside his relationship history with Howey. So, here is everything we know about Howey’s husband and their relationship.

Who is Matt Ziering?

Matt Ziering was born on May 8. As Matthew Ernest Ziering. He is from Pacific Palisades and currently works as a lawyer in California.

Before attending Loyola Law School in Los Angeles, California, he attended Windward School for elementary school. He has been a member of the California Bar since 2017, and according to his LinkedIn page, he works as a Regulatory Advisor at Casey Co.

Going through his social media, he does not have a large following like his wife since he is not as well known as the actress. Regardless, Ziering is active on social media and often posts pictures with his family.

He clearly loves his parents, Diane and Michael, based on the posts and uploads he has made on social media like Instagram. Similarly, it is evident that he is close to his brother, Sam, and sister, Natalie.

Since he shares the same last name as the American actor Ian Ziering, many have wondered if they are related. However, they are not related, and the only thing common between the two is their last names.

Brianne Howey’s relationship with her husband

Howey met her husband around five to six years before marrying him. In an interview with Los Angeles Magazine, the duo talked about how they met each other for the first time.

Ziering had just taken his bar exams and planned to celebrate the occasion. On the other hand, Howey was enjoying her night with her friends.

They ended up in the same bar and caught each other’s eyes. As if fate had plans for them, they ran into each other three nights in a row at various bars in L.A.

Howey confessed that their meeting was not “totally random,” but their mutual friends helped in the process. Soon, they started dating and fell in love.

Five years later, they planned on getting married in October 2020 but could not do so because of the infamous COVID-19 pandemic. Even though Howey could not get married to her husband, the couple hit a relationship milestone because they adopted a dog named Bodie.

Brianne Howey tied the knot with her husband, Matt Ziering, in 2021. (Source: Twitter)

Eventually, the two tied the knot on July 24, 2021. Their wedding was reported by People, who took exclusive pictures of the pair on their special day.

They exchanged their vows in the garden of a family home in Palos Verdes, California front of 100 guests. The actress gushed, “It was the most beautiful feeling to be surrounded by so many people we love. The night was more magical than I could have ever imagined.”

“I wish all of my nights could end with a Son of a Gun fried chicken sandwich and a Spice Girls dance party,” she added.

Howey walked down the aisle to ‘Lovely Day’ by Bill Withers. The bride chose a modest yet beautiful white gown by A LA Robe from Loho for the big event.

She accessorized her gown with natural makeup and a beautiful updo. The groom, dressed in a navy blue tuxedo, was equally elegant.

As of 2023, the two are still married and often share their lives with their fans and followers on social media.