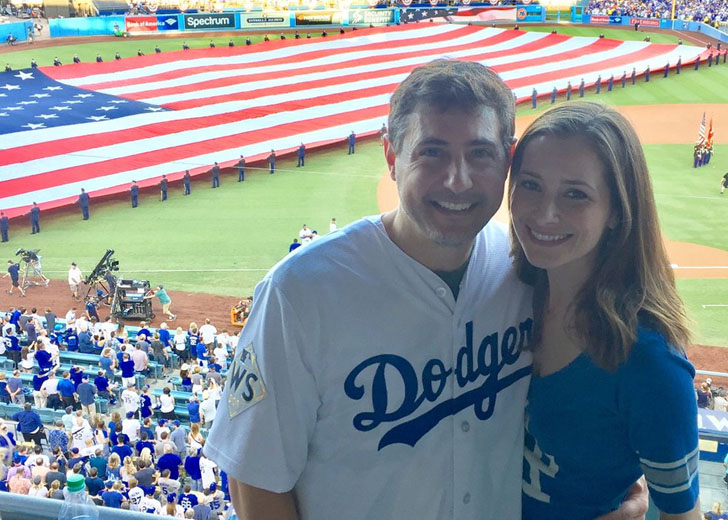 Candace Bailey is an American actress and television presenter. She rose to fame after being the co-host of the previous television shows U-Pick Live on Nickelodeon and Attack of the Show! on G4. In addition, in 1999, a 17-year-old Bailey made her acting debut in the episode ‘Boca’ of The Sopranos.

Bailey, who was born in Birmingham, Alabama, moved to the Pensacola, Florida, region with her family when she was two years old. At the age of 12, Bailey spent the summer working for a modeling agency in New York City.

After completing her high school education at Gulf Breeze High School in Gulf Breeze, Florida, Bailey enrolled at Marymount Manhattan College in New York City. Fun fact: Bailey is also a gymnast who has competed in the Junior Olympics.

Bailey has maintained a flourishing career and relishes the perks of an equally blissful marital life. The actress is currently married to her second husband, Ajay Rosen.

The love birds shared the wedding vows in early July 2015 after a brief time of dating. Among the several guests that attended their wedding ceremony, one was their infant son. That’s right! The couple welcomed their first child, a son named Manning Baldwin Rosen, on February 21, 2015, while they were still in a dating relationship.

After Bailey and Rosen tied the knots, the actress took to her Instagram handle to share the good news among her well-wishers and express her happiness. In one of the pictures, the newlyweds were seen with their son.

In early 2016, Bailey announced that she was pregnant with her second child with Rosen. And the family of three expanded on October 18, 2016, when the couple welcomed a beautiful daughter named Annabelle Gracie Rosen into the world. In the next day, she posted a picture holding her baby girl and wrote, “I feel like the luckiest woman in the world.”

After that day, the actress started flaunting several more adorable pictures of the whole family. And on October 16, 2017, she celebrated her baby daughter’s first birthday. In the caption, she wrote, “Can’t believe I have 2 babies, and my youngest is already ONE! I love every second of her growing and turning into a little person.”

Candace Bailey with her husband Ajay Rosen and their two children (Photo: Instagram)

“But I can’t stand her leaving the baby stages…Ahhhhhhh. Anyways, love this sweet girl beyond words. And feel like the luckiest mom in the world to have her and her brother Manning,” she added.

On November 25, 2017, Bailey revealed via Instagram that her infant daughter had been featured on the product and website of the clothing brand Gap and Macy’s. “I know my Instagram page is all about my babies these days, but that is my life now,” the proud mother further added in the caption.

The television host currently has a happy family life with her husband and kids, and the couple’s relationship is getting stronger with each day passing. But her fans have been wondering about the duo as Bailey has been inactive on social media since November 2017.

However, there doesn’t seem to be any reason to worry as there is no such news. Bailey might have been taking her time off social media platforms and keeping her personal life away from the public and media.

Bailey was previously married to writer and producer Brian Corsetti. On October 22, 2011, Bailey and her first husband exchanged wedding vows, and they were married for three years.

The pair later divorced in 2014, but no additional information regarding their marriage or divorce has been revealed in the media as of yet.

Additionally, Bailey’s name was connected to actor Seth Green in 2006. The two reportedly dated for over a year and were even sighted together at the I Now Pronounce You Chuck And Larry movie premiere. The pair supposedly parted ways in 2007.