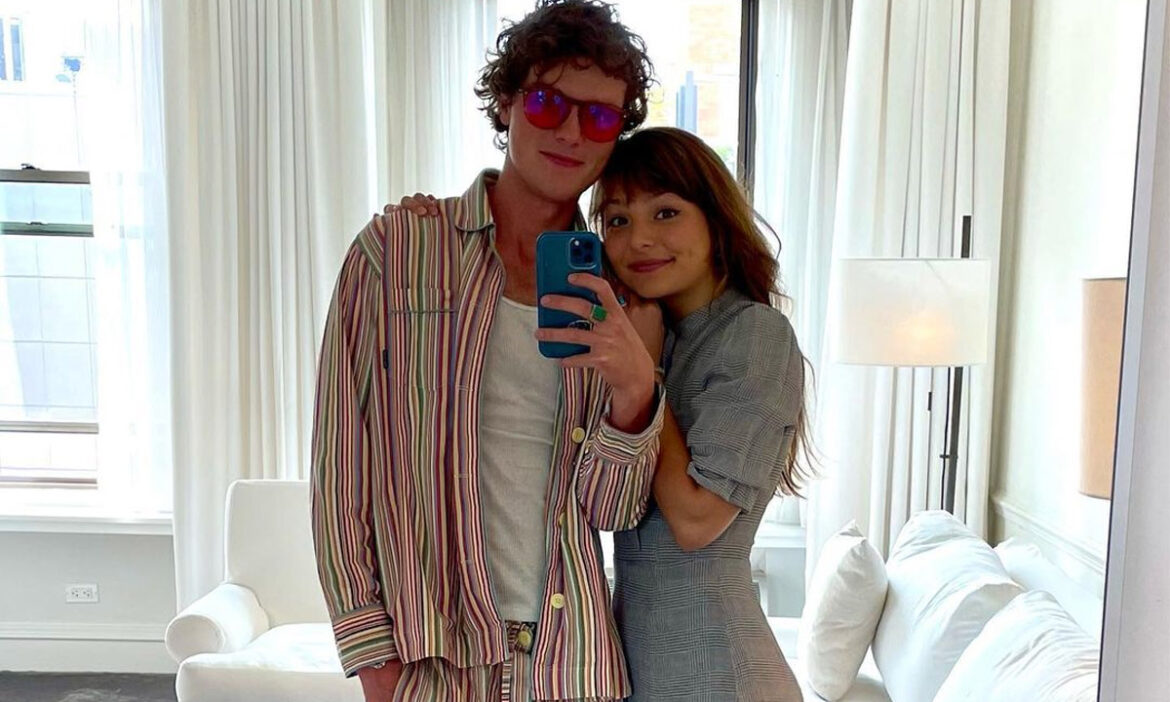 Cassady McClincy is an American actress best known for her role as Lydia on the horror-drama television series The Walking Dead. She is also well known for her performance in the Netflix original Ozark and Hulu series Castle Rock.

Since she joined the AMC show, people have been curious about her love life. Fans and followers have constantly asked the actress if she is dating anyone or has a boyfriend.

However, McClincy has not responded to any of the questions. She has not explicitly stated if she is dating anyone or in a relationship with her boyfriend.

However, her fans and followers have connected the dots and discovered that she is dating Cameron Scott Roberts.

Roberts is an actor, musician, and playwright known for Chicago Fire, The Walking Dead, and Ben is Back. It is unknown when the Roberts started dating McClincy and became her boyfriend.

However, hints of their relationship came in September 2022. Roberts took to Instagram stories on September 1, 2022, to post adorable photographs in honor of McClincy’s 22nd birthday.

He wrote, “happy birthday to the only person in the world who’s [sic] smile makes this view seem minescule,” on the first of four stories he uploaded that day.

These lines flashed over a video of McClincy enjoying a gorgeous lakeside view. The second story was simply a photograph of her ascending a hill.

He characterized her as a “conquerer of mountains.” This photo was just a set-up for his next, and admittedly “cringe” worthy narrative.

“But mostly, conquerer of my heart…,” he wrote in his next story, which he admitted was cringe. The fourth and last story was nothing more than a P.S.

“Oh and rivers,” he wrote while he added a photo of her with a river and a bridge in the backdrop, hinting that McClincy was also a river conqueror.

It can be said that Roberts verified their relationship with these amusing, charming posts on her birthday. This was the extent of his disclosure of their connection.

Hints at their dating history

Neither Roberts nor McClincy has explicitly revealed that they were dating. Their Instagram activity, on the other hand, reveals a bit more about their dating history.

If the couple’s Instagram photos are any indicator, they haven’t been dating long. However, despite being together for a long time, it’s possible that they only recently announced their relationship.

Whatever the situation may be, the first post implying a romance between them appeared on McClincy’s Instagram on June 14, 2022. She did a 10-photo dump that day, with most images featuring the two together.

It was then his chance to share his photos with her, which he did on July 1, 2022. He also posted ten photos, several of which featured them together.

On November 14, 2022, Roberts posted several photos, bidding goodbye to The Walking Dead with a heartfelt caption. Among those photos was one with McClincy, where the two stretched by lifting their legs above their head as they lay on the ground.

It seems like the two are still together. In December 2022, the two went on a vacation to Tokyo. Roberts shared pictures of their vacation, including the two having food at their hotel and hugging while taking a mirror selfie.

All in all, it seems like McClincy is still dating her partner, and the couple is enjoying their time together.