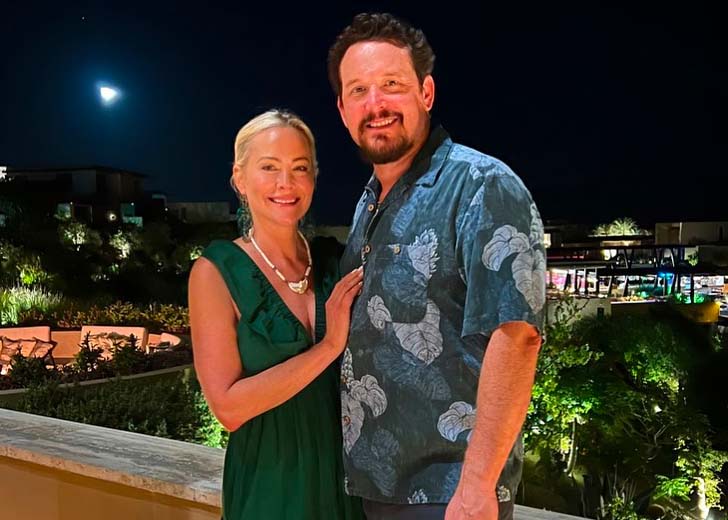 Cole Hauser is a well-known American actor for his works on Higher Learning, 2 Fast 2 Furious, The Cave, Tigerland, The Break-Up, and A Good Day to Die Hard.

The actor is married to Cynthia Daniel, who has a twin sister Brittany Daniel. Cynthia, a former child actor who appeared on Sweet Valley High from 1994 to 1997 with her sister, is Hauser’s wife. Both the Daniel sisters are an actress.

Cynthia did something sweet for her twin sister, and Hauser fully supported her decision. Here’s more information in detail.

Cynthia’s sister, Brittany, was diagnosed with Stage 4 Non-Hodgkins Lymphoma in 2011. And she said that the severe chemotherapy treatment she got took off any possibility of conceiving a child.

“Finally holding our baby in our arms is just – it made me go, ‘anything is possible,'” Brittany told Good Morning America.

“I went to meet with an IVF doctor – he said, ‘yeah, you’re in two attempts at trying to retrieve eggs.’ He said, ‘I don’t see this happening for you.’ It was pretty devastating,” she added.

She exclaimed that the news devastated her as she had always wanted to have a child. So, she shared that she has a twin sister with the doctor, who then gave them the idea of Cynthia donating her egg to Brittany.

“So I asked Cynthia ‘Would you be open to it?’ and of course – I don’t even remember hesitation — like, ‘of course I will, yeah I’ll come in.'”

Their family, including Cole Hauser, supported the decision

The twin’s family, including their husbands, fully supported their decisions. Brittany claimed her doctor told her that she and Cynthia “have the same DNA,” so it’s practically like her child. And it was the only possible way of having her own child Brittany.

That was all Hauser and his wife, Cynthia, needed to hear, as she didn’t hesitate to donate eggs to her sister so she could become a mom. The Yellowstone actor and his wife support Brittany’s parenthood journey.

“Honestly, I am here to tell people that this is such a simple thing that you can do for someone, like if its a friend or family member. It was such a simple procedure i had to do to give life for Brittany’s baby,” Cynthia told PEOPLE.

Brittany replied, “God brought us into each other’s life for a reason.”

Brittany attempted to carry the baby herself but failed three times in a row. But, in the end, she and her husband had to rely on a gestational carrier to become parents.

“She’s our baby. You know what I mean — It doesn’t matter that my sister gave us her egg. We look at her and she’s our child,” Brittany stated.