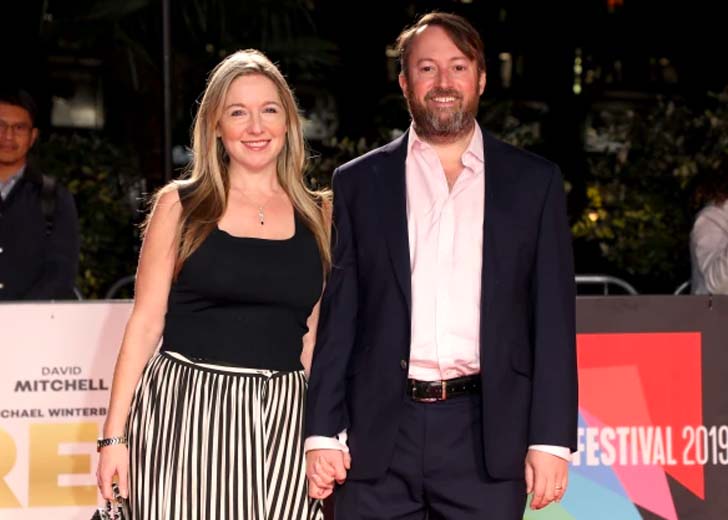 David James Stuart Mitchell is an English comedian, actor, writer, and television personality. Mitchell is one of the legendary comedic duo Mitchell and Webb, along with Robert Webb.

He is also well-known for co-creating, starring in the Channel 4 show Peep Show between 2003-2015 and the comedy-drama Back alongside Webb. In 2009, his work in the comedy series earned him a BAFTA for Best Comedy Performance.

David Mitchell put up a geeky personality like his character

When it came to the ladies, Mitchell’s fumbling, geeky Peep Show persona Mark had no luck. As a result, fans anticipated him to be just as bad at dating in real life as he was on the show.

David himself stated that he comes across as “a useless loner who eats his ready-made meals in the dark” and that sex “happened by accident.”

However, he met poker player, presenter, and broadcaster Victoria Coren for the first time at Jonathan Ross’s annual Halloween party in 2007 and was totally captivated by her. In fact, they were introduced by their familiar friend, fellow comedian David Baddiel.

“He specifically said to me, ‘There’s David Mitchell over there. I think you should probably marry him. I’ll get the ball rolling by introducing you,” Coren said. The pair started dating in 2010.

Their first date didn’t happen until 2010 because Coren’s father had just passed away, and it wasn’t the proper time.

The actor later told The Guardian, “The problem is, I hate the sort of dating thing. I just, I just find it incredibly awkward… I don’t dislike being single enough to put myself through the pain.”

“I waited three years. Isn’t that weird? Aren’t I odd? I can’t explain it other than to say I couldn’t do anything else,” he added.

Their engagement was revealed in The Times in March 2012, and they married on November 17, 2012, with Webb as his best man. Their wedding occurred in St Peter’s Church in Belsize Park, London.

In his autobiography, Mitchell exclaimed that he was “hopelessly in love” with his wife. “She’s not only too wonderful, she’s too right for me. She’s funny, bright, sexy, nervous and confident in ways that could have been meant for me,” he wrote.

David Mitchell’s mother is Welsh, and his father is Scottish

On July 14, 1974, Mitchell was born in Salisbury, Wiltshire, to Ian Douglas Mitchell and Kathryn Grey Mitchell. His parents were hotel managers.

Mitchell views himself as British rather than English because his mother is Welsh, and his Scottish-born father was born in Merseyside.

He studied history at Cambridge University and met Webb, his Peep Show co-star, and his comedy partner. His undergraduate life was dominated by comedy at the expense of his academic achievement, and he ultimately graduated with a 2:2.

The comedian also appeared in the BBC2 sitcom Doctors, And Nurses as surgeon Dr. Toby Stephens wrote for the sketch program Dead Ringers and voiced Mitch in the Disney cartoon Phineas And Ferb.

He has appeared in several high-profile government campaigns, including one in which he played Pablo the Drug Mule Dog in an advertisement for FRANK.

Who Is Conan Gray? Know His Age, Height, Education, Net Worth, and More