Dr. Pol’s incredible family life is truly one of a kind! 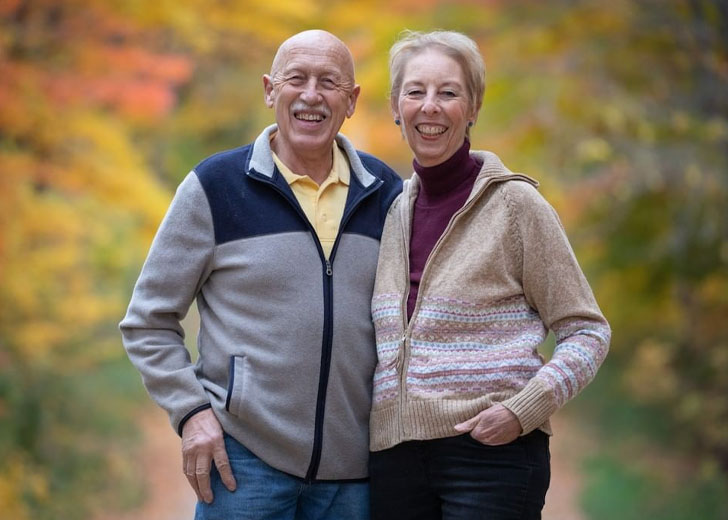 America’s favorite vet, Dr. Jan Ham Pol has been the star of the Nat Geo Wild television series The Incredible Dr. Pol for more than a decade now.

Having spent more than 45 years in the field of veterinary, Dr. Pol follows his 14-hour workday routine in treating livestock and pets.

The reality television show premiered back in 2011 and released two seasons every year, which means that America’s favorite vet has been starring in 20 seasons through February 2022.

As Dr. Pol helps animals across central Michigan’s farmland, he is accompanied by his wife to take care of family pets and farm animals.

Who is Dr. Pol’s wife? How did they meet? Here is everything we know about the personal life of America’s favorite vet.

How Did Dr. Pol Meet His Wife?

According to his personal website, Dr. Pol was born and raised in the Netherlands alongside his six older siblings.

He spent most of his childhood with what later became his career, raising pets and livestock. He helped deliver a litter of piglets on his family’s dairy farm and lived among cows, pigs, sheep, chickens, geese, rabbits, turkeys, dogs, and Friesian horses.

Even at the tender age of 12, he was sure he wanted to become a veterinarian and decided to take on a year-long study abroad program in high school in Mayville, Michigan in the United States.

It was the same high school where he met the love of his life and his partner at all of his incredible works in the field of veterinary.

Dr. Pol maintained a long-distance relationship with his girlfriend through the exchange of letters as he went back to his homeland where received his college education.

In a few years, Dr. Pol invited his girlfriend to visit the Netherlands and the couple finally decided to get married in 1967.

Dr. Pol and his wife stayed in the country so that he could complete his college education. After graduating from the Utrecht University Veterinary program in 1970, he went back to the United States with his wife.

After spending a decade in the field, Dr. Pol saved up enough money and founded an animal care facility at their home with his wife in 1981.

Both her parents belong to the Caucasian ethnicity and they raised their daughter in the countryside alongside animals and woods.

Meeting the love of her life at Mayville High School in 1961 caused her to move back and forth between the Netherlands and America, but it didn’t stop her from receiving her master’s degree in Special Reading.

Diane worked as a teacher at Harbor Beach Elementary School before collaborating with her husband to start the Pol Veterinary Service in Michigan.

The couple does not have biological children but they are loving parents to three adopted ones namely Diane Jr., Charles, and Kathy.