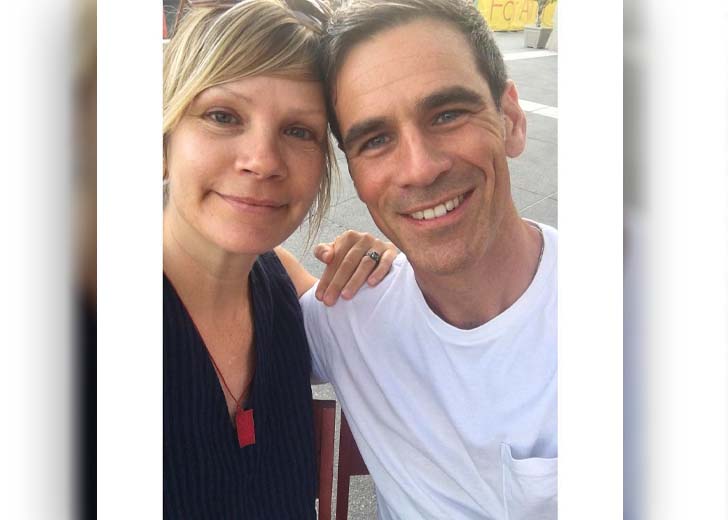 Before Nikki Uberti’s marriage to Eddie Cahill, she was married to Terry Richardson for about three years.

However, Uberti found her happily ever after when she met Cahill and dated for years until finally, they decided to get married and settle down.

Uberti was previously linked with the scandalous photographer Richardson. The pair got married in 1996. They dated for three months and went to City Hall to get married.

As per Observer, Richardson disclosed that everyone around him told him not to get married. After getting married, the newlyweds fought the whole time and almost got it annulled after six months.

Uberti and Richardson, together, appeared in numerous underground films, traveled to Middle America, and became cult figures in the East Village.

Uberti’s delightfully unabashed approach to nudity and their adventures, most of which Richardson documented and displayed, led to some of his most well-known photographs.

“They were just pictures of her and of our friends and of our life,” the photographer said about their collaboration to the New York Magazine. At the time, he compared his relationship to Sid and Nancy, Kurt and Courtney.

However, the marriage lasted only three years, as they divorced in 1999. Later that year, Uberti was diagnosed with breast cancer and faced chemotherapy and a mastectomy.

Although the causes of the couple’s breakup are unknown, some people thought that the former model Uberti’s illness was to blame. Since then, she has taken an active role in raising awareness of the disease.

The former model married the American actor Cahill on July 12, 2009, in Los Angeles. Together they welcomed a son Henry the same year.

On their anniversary on July 13, 2019, Uberti uploaded a cute picture of them smiling and gazing at each other. In the caption, she wrote, “Happy Anniversary Babe!”

On the actor’s right shoulder, he has a tattoo of his wife’s name in a heart with an arrow through it and a swallow on top.

Uberti’s husband Cahill is known for his role as Jim Craig in the 2004 movie Miracle and Tag Jones in the American sitcom, Friends.

He went to Skidmore College in Saratoga Springs, New York, and the Atlantic Theater Acting School. Felicity, Haunted, CSI: NY, Conviction, Charmed, and NCIS: New Orleans are some television series he had worked on previously.

Who is Nikki Uberti?

Uberti is a former model and currently works as a makeup artist. She began her career in New York and Europe as a model for Marie Claire UK, Cosmopolitan, Self, and many more.

The mother of one was regarded as an early 2000s sensation for the way Marcello Krasilcic, Riccardo Tinelli, and Glen Luchford portrayed her in their photographs.