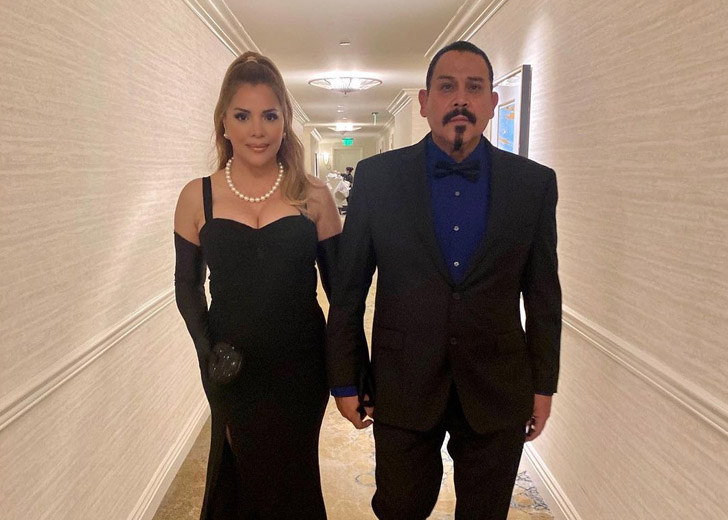 Emilio Rivera is a stand-up comedian and film and television actor from the United States. He is best known as Marcus Alvarez in Sons of Anarchy and its spin-off, Mayans M.C. He is also well-known for his depictions of criminals and police officers in various movies.

His first starring role was in the T.V. series Renegade in 1992. He quit his day job after landing a role in the 1997 feature film Con Air, co-starring Nicolas Cage. Besides that, Rivera has appeared in multiple movies and TV shows, including The Cable Guy, NYPD Blue, Beverly Hills, Texas Ranger, and ER.

The actor has been married to his beautiful wife, Yadi Valerio, since 2009. Here is a dive into their over-a-decade-long marital life, family, and more.

Emilio Rivera opened up about how he met his wife

The Family Business actor is married to his wife, Valerio. In a YouTube podcast with Power 16 Los Angeles, he opened up about how he met the love of his life, who also played the role of his wife in the show.

Valerio is an actress who is best known for her roles in The Devil’s in the Details, Broken, and Hood of Horror. “Well, you know my wife is playing my wife on the show,” he said on the talk show while talking about his show, The Family Business.

Talking about how they met, Rivera said, “i met her on set, i was [you know] [explicit] her in a movie, you know what i am talking about.” To that, the host sarcastically reacted, “that’s a way to met.”

The actor mentioned that it was a bit awkward. He added that when they got together, Valerio “dropped everything” she had been doing to look after their son. “She worked here and there but her main focus was my son, Rocco,” the actor expressed.

Speaking of kids, Rivera has three children named Emilio Jr, Yanel, and Rocko. However, all of his kids are from his previous marriage with an unknown woman. To this date, Rivera and Valerio don’t have any biological children.

Rivera is of Mexican origin and is the family’s oldest sibling, with four younger brothers and three younger sisters. He grew up in Elysian Valley, also known as Frogtown, a Los Angeles neighborhood.

Growing up, Rivera was a part of a gangster family. According to FoxNews, the actor claimed that when he was truly gang-related, he was full of machismo and always in charge, and if someone didn’t like it, he didn’t care.

In her first meeting with her husband’s family, Valerio said in one of her interviews that she got the inspiration to play the “gangster stuff” from her husband and his family.

She also talked about her family, growing up with 4 sisters and a brother in New York with a very strict father who worked in real estate. She said that she was a good girl and a straight-A student. “When I got with my husband, it was a culture clash.”

Mentioning how she met his family, the actress said, “He invites me to a party, right, and it’s a party in a neighborhood, doesn’t tell me anything. He’s like ‘i gotta go say Hi to a friend’ but i am exposed to a room full of tatted up guys that looked like they just got outta jail, like today.”

Emilio Rivera found a new rush in the movie industry

The former gang member didn’t realize he’d had enough of gang violence until he lost more than 40 good friends. He also checked himself into rehab and never looked back. Now, he has been sober for the past 24 years.

The actor now claims acting gives him the same rush as drugs but without the negative consequences. It was difficult for Rivera to deal with rejection when he first tried to break into show business.

Rivera and his wife now live quite a successful life as actors, together with their son. They are both active on social media and often post their family pictures.